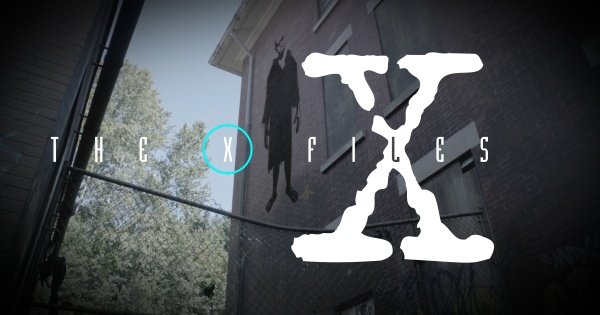 The X-Files took a hard right turn this week with a proper scare-you-witless episode.  In sharp contrast to the comedy of the last instalment, Home Again is another monster of the week but this time with the emphasis on Monster.  Despite this, some pointers for truthers and conspiracy theorists remain, though in this episode it is mostly done via occult-infused dialogue and raw emotional appeals.

Our story begins in Philadelphia, where heartless bureaucrats are literally hosing down the homeless as preparation to move them out of the middle of the city.  We then see the chief bureaucrat go back to his office, where he is murdered – ripped limb from limb by an unknown assailant.  In contemporary recession-struck America these feelings are common to many people.  The sense of righteous anger.  The feeling of violent retribution being justified.  It is hard not to get seduced by such emotions. Most people are rooting for the underdog

It is even harder to resist if you are a conspiracy theorist and see this not as the result of systemic economic indifference to the poor, or as the inevitable result of government existing in the form of insulated bureaucracies, but as the result of deliberate, premeditated policies.  And so, the sacrifice of the HUD officer becomes not only necessary, but thoroughly enjoyable.

Mulder and Scully arrive to investigate, Mulder seeming to be thriving in his re-found faith.  When the lab tech declares that he can’t lift footprints from the blood on the floor because there are no ridges in the footprints, Mulder declares that the killer must have been born without footprints ‘which is impossible!’.  The apathetic room of investigators do not respond.  Once again, Mulder is the conspiracy theorist – the one telling the rest of the world that what we’re seeing isn’t the truth but no one wants to believe it or talk about it.

Seeing Through the Rhetoric

Scully is called away to attend to her mother who is dying in hospital in the world’s most tedious and fake-emotive subplot.  Mulder goes at it alone, soldiering on to find the truth.  He encounters two more officials – a female School Board chief who is complaining that they’re only moving the homeless to ‘help kick-start gentrification’ and the developer who says he’s benevolently moving the homeless away from ‘drug bazaars’ and high crime areas.  The woman, it emerges quickly, just doesn’t want the homeless moved near to a school, leading Mulder to see through the hypocrisy of both sides of the argument and ask the cutting question of who really does speak for the homeless?  ‘The Band Aid Nose Man’ replies a nearby hobo, conveniently putting Mulder onto the scent. You may wish to consult a physician before taking this medication

Once more the claims of conspiracy theorists are made flesh through Mulder’s journey in this 10th season.  He is a lone believer in a world of denial, seeing that both Left and Right wing politicians and corporate leaders are full of shit and that recognising this is key to getting to the real truth of what’s going on.  Entirely fitting in with this Truther Revenge Fantasy Porn, the School Board official and the developer are murdered by the mysterious angel of death, along with two men who are stealing pro-homeless street art so they can sell it.  The corrupt all meet very grisly ends at the hands of this particular bogeyman.  There is a cinematic vindication of the sense of righteous revenge felt by many – conspiracy theorists prominently among them – buried within this genuine scare-the-crap-out-of-you chapter of The X-Files.

Meanwhile, back at the hospital Scully is still wearing the unnecessarily revealing top from the last episode as she is put through the emotional torment of the drawn-out death of a loved one, seemingly as a vehicle to remind her (and us watching) that she had a son she gave away.  And, presumably, so they could fit in lots of shots like this: Once her mother is conveniently killed off Scully is free to rejoin Mulder on the monster hunt.  Following a lead provided by the stereotypically brown-skinned lab guy, they find a youngster who directs them to an underground lair complete with zombie-like figures wandering around.  Into the crypt they go to find the secrets that will shed light on the sacrifices.  Yeah, it turns into one of those ‘so occult they’re smashing you over the head with it’ experiences.

They happen upon a homeless artist who explains that ‘people treat people like trash’ and that he was behind most of the pro-homeless street art to try to help give them a voice.  He elaborates that he accidentally somehow ‘used mind energy to will consciousness into existence’ in the form of the Band Aid Nose Man who is visiting violent retribution on the city.  The artist attributes this to some vaguely-defined Tibetan voodoo which Mulder instantly debunks.  Nonetheless the logic is clear – the artist wanted to imbue a symbol with real-world power, and in wishing death upon the leaders of the drive against the homeless he somehow brought about the existence of a real-life figure of revenge.

As the artist describes how he ‘willed it’ into being, Scully begins having flashbacks to her son, William (Will I Am), who she feels guilty about giving up.  Scully asks Mulder if in any of their investigations they ever came across a way to bring someone back to life, to which Mulder jokingly replies that he did so only once, when standing over Scully during her coma way back when.  ‘You’re a dark wizard’ Scully tells him.

Mulder and Scully try – and fail – to save the life of the final victim of revenge before the monster vanishes into thin air.  ‘There’s only one way out of this room’ Scully informs us, standing in front of two doorways.  Good to know the FBI train their agents to notice key details like that.  The episode winds up with Mulder and Scully together just talking, which includes the greatest affirmation and encouragement to conspiracy theorists so far in this mini-series. ‘I believe that you will find all of your answers, you will find the answers to the biggest mysteries and I will be there when you do’

The obvious references to will, mysteries, thought-as-form and the entire setting of this episode in the underclass/underworld were clear creative decisions designed to elicit some sort of response from those who would notice such things.  My best guess is that Scully’s line at the end is the purpose – to characterise Mulder and thus conspiracy theorists as brave soldiers fighting for the truth against the odds, but who bravely go deep into the bowels of human evil and find the answers.  Either that or they just wanted to scare the hell out of the viewers and the rest is lazily-sourced window dressing.  You decide.

One final point to wrap up this review – I notice that the British National Archives have, like the CIA, jumped on the X-Files promotional bandwagon.  Both a recent blog article and their latest email blast tried to use the new series of The X-Files to highlight the massive tranche of MOD UFO documents released in the last few years.  This is something the National Archives are keen to promote at every available opportunity and let’s face it, the MOD would never release that many documents on a genuinely controversial topic so they are probably not the most illuminating read.

As The X-Files continues so will I, so make sure to check in again soon.