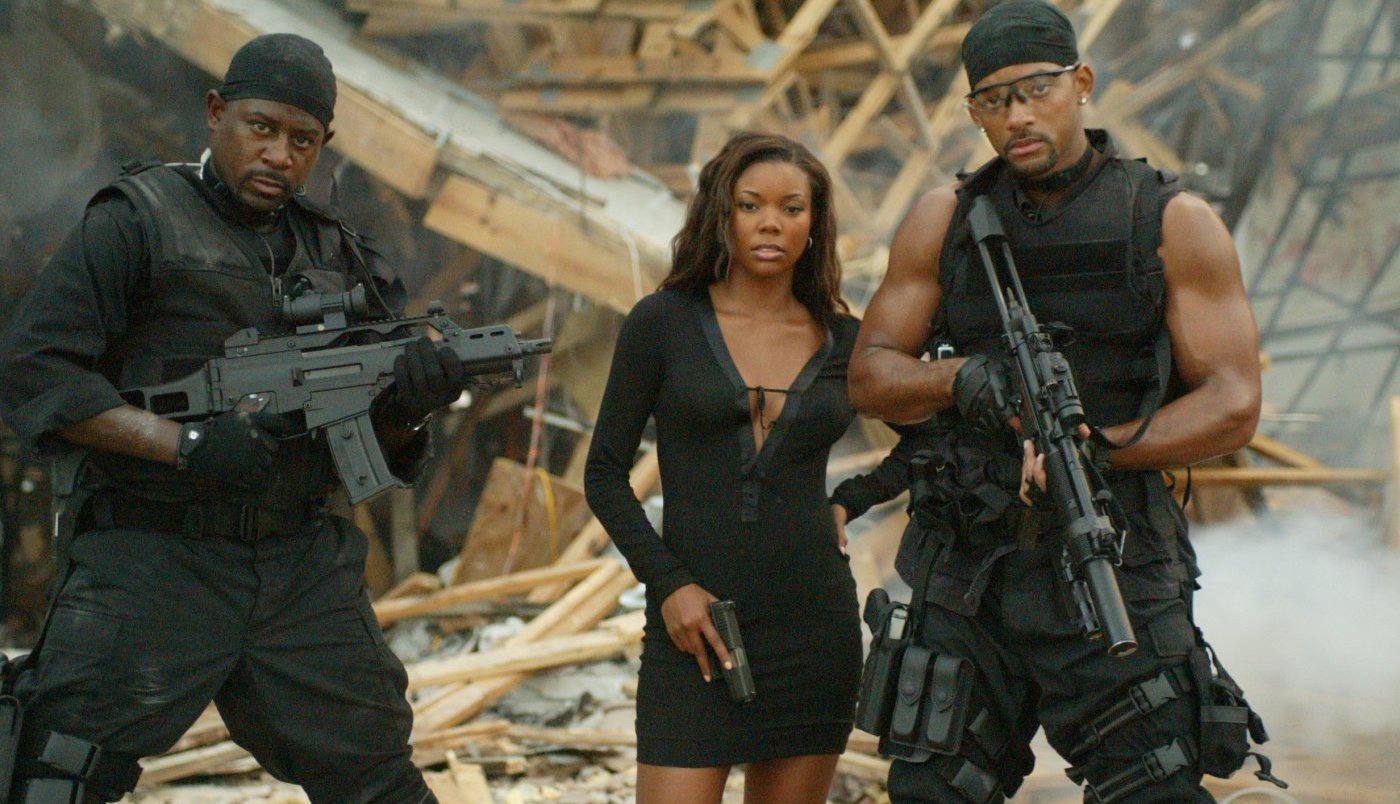 Jerry Bruckheimer has a long history of working with the Pentagon, going all the way back to Top Gun, but even he is occasionally rejected by the Pentagon.  That was the case with Bad Boys II, where Phil Strub determined that ‘this is not the time’ for the DOD to support a movie celebrating US black operations, suggesting that the time was coming, it just wasn’t now (or then, as it were).

Dear Major Bartell,
Enclosed please find a copy of the script for BAD BOYS 2. We would like to request permission to film at Camp Santiago in Puerto Rico for a scene depicting Guantanomo Bay in the script. Please refer to scenes 260, 262 in this script for a more detailed description.

A Marine Corps after action report notes that the request was turned down, with a handwritten note saying it did not meet the criteria because there was no substantial USMC depiction, and it was ‘unrealistic’.  Because Armageddon, Deja Vu and Pearl Harbor were realistic films (all produced by Bruckheimer in this period, all supported by the DOD, along with Black Hawk Down).

However, an email from Phil Strub – who evidently reviewed the script himself – explains the more detailed reasons for the rejection.  Strub outlined:

All, I spoke to Barry Waldman today and told him that unfortunately we’d be unable to approve filming at the PR National Guard installation (I forget the name). I explained to him that the Army/Navy/National Guard Bureau consensus was that if the Marines were really, really keen on supporting the picture, they would go along as a sister-service courtesy. However, the Marines see their depiction as benign but hardly compelling. That left me with my overview of the picture, which is (as I explained to Barry) that this is not the time for DoD to put its imprimatur on a picture that celebrates illegal, unauthorized U.S. government missions into an unsuspecting sovereign nation, whether it’s the good guys coming to the rescue or not. Additionally, there is no longer a mine field at GITMO, and we have great sensitivities on mine issues, due to the controversy over our not signing the anti-mine protocols. I also told him that while we regretted not being able to work with our longtime production “partner,” Jerry Bruckheimer, we could not for the sake of the relationship turn a blind eye to the above issues and grant an exception to DoD policy an approve the filming.
Phil

This is perhaps the bluntest email I’ve ever seen from Strub – acknowledging that Bruckheimer is effectively a producing partner for the US military, that he couldn’t authorise any scene depiciting a minefield due to the US refusing to sign up to anti-mine agreements, and that ‘this is not the time for DoD to put its imprimatur on a picture that celebrates illegal, unauthorized U.S. government missions into an unsuspecting sovereign nation, whether it’s the good guys coming to the rescue or not.’

It reminds me of another Strub email from just a few months earlier, on the draft script for Tears of the Sun.  Strub had a lot of problems with the script, and it was subject to heavy rewrites before military support was granted.  In an internal email, much like the one on Bad Boys II, Strub wrote to Christy Hagen at the Navy’s Hollywood office outlining a list of concerns and problems with the script, including:

Do I understand this correctly, that armed “our” refugees and other refugees from Nigeria are attempting to force entry into Cameroon while firing on and being fired upon by Cameroon customs officers and Nigerian soldiers? If so, no way, especially when the Marines arrive!!! We need to keep regular Nigerian soldiers out of this and we need to show official Cameroons as not opposing entry, otherwise when the Marines arrive it will appear that we’re invading sovereign territory to impose USG political will or a completely unauthorized and illegal USN/USMC operation. Has to be something like a breached border fence with the bad Nigerian rebels trying to stop the refugee exodus, with Cameroon border police looking on but not doing anything about it. Must imply that the Marines’ arrival is with concurrence of Cameroon. And need to remove any indication of official Nigerian complicity in the shooting of refugees, etc, etc. Otherwise we run the risk of having to curtail our involvement with the movie because of real world political sensitivities.

Clearly, the rhetoric of full spectrum dominance adopted by the US post-9/11, and many of the policies manifesting that rhetoric, were causing problems for Strub and his merry gang of entertainment liaison officers.  While they managed to resolve these concerns on Tears of the Sun and provided fairly large-scale production assistance to Bruce Willis et al, their ‘partner’ Jerry Bruckheimer was not so lucky, and Bad Boys II joined the long list of controversial DOD rejections.  Apparently, having Will Smith, Martin Lawrence and Gabrielle Union put the black into black ops was a no-no.

However, these sorts of concerns seem to have evaporated in the years since – both the US Navy and the Marine Corps supported the second season of Jack Ryan, according to the latest documents from their Hollywood offices.  The show depicted a CIA-led, US military-aided coup in Venezuela, with black hawks flying Jack Ryan to the presidential palace to hunt down the incumbent leader with the intention of executing him.

It seems that the future evoked in Strub’s email, when it would be the time to support productions, has arrived.  What a time to be alive, when complete Hollywood dramatisations of these agencies’ disregard for international law and basic morality now comes with a stamp of government approval.

DOD and US Marine Corps file on Bad Boys II

DOD and US Marine Corps file on Tears of the Sun