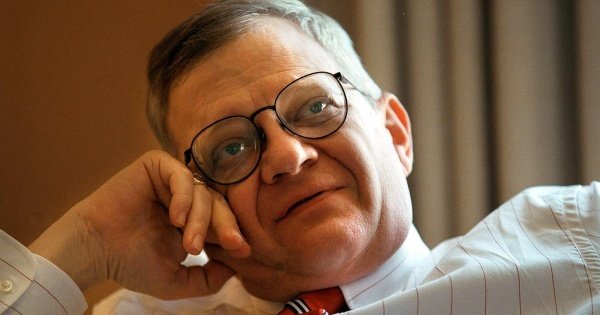 Shortly after the death of author Tom Clancy I filed a series of requests with numerous US agencies.  Most of these requests have been refused or ignored, including my request to the FBI.  Nonetheless, two other websites who filed almost identical requests have recently received documents from the Bureau.  I have followed up and filed a new request asking for further FBI material on Clancy but I thought it best to post the documents that have recently become available.

The FBI file on Clancy consists of a few letters from to Clancy from the Director of the Bureau, and then around 40 pages recording the FBI’s background check on Clancy when he was ‘being considered for a consultant position with the White House Space Council’.  The most interesting page is one of the letters, from FBI chief William S Sessions to Clancy, showing how cosy their relationship was.  Sessions had attended the premiere of The Hunt for Red October, possibly at Clancy’s invitation as they clearly spoke for some time at the event.  Clancy also agreed to give a lecture at FBI headquarters, to help ‘broaden the Headquarters’ tour of duty of Special Agents in the senior and executive ranks of the Bureau’. 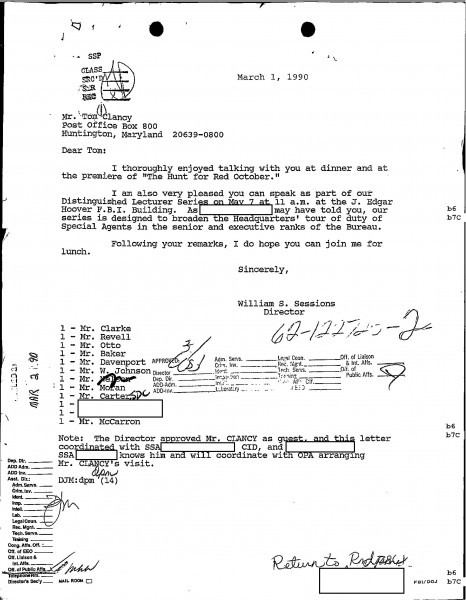 You can download the FBI file on Tom Clancy here (PDF, 22MB).