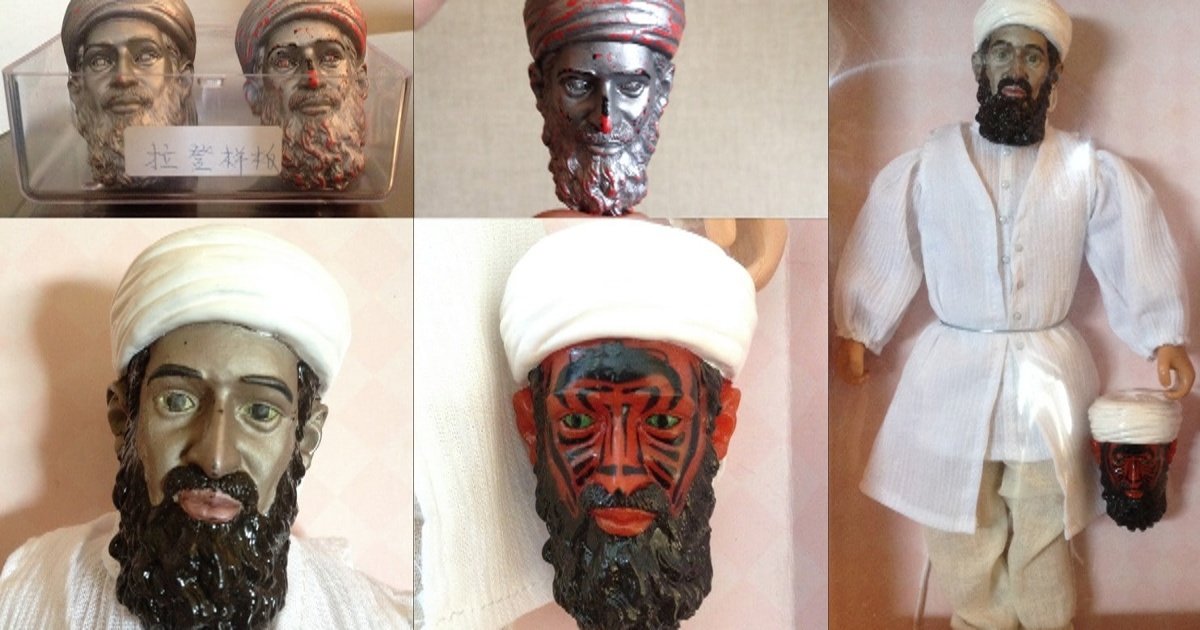 In 2014 the Washington Post’s Adam Goldman published a story about the CIA producing dolls of Osama bin Laden as part of an influence operation designed to diminish the former Al Qaeda’s leader’s popularity in the Middle East.  The dolls would be made so the paint on the eyes would easily rub off, revealing ‘devil eyes’ underneath.  Newly-released emails confirm that the CIA monitored the development of the Washington Post story and worried about its consequences.

The emails were obtained by the National Security Archive in response to a FOIA request and some are classified Top Secret/NOFORN and involve the most senior officials in the CIA’s ranks at the time, including Director John Brennan.  The CIA issued a bland summary of the doll operation in response to Goldman’s request for comment, which said:

However, one of the emails shows the CIA knew a lot more, and that the operation went beyond the prototype phase, with some of the dolls being shipped into Afghanistan via Karachi:

To keep you all in the loop on this: Adam Goldman of the Washington Post has a story he is working on that CIA working with GI Joe creator Don Levine developed toys for distribution to children in  Afghanistan. Levine’s family has apparently given Goldman some information. Levine passed away in May 2014. The most inflammatory part of the story is that Levine developed and made 1000 UBL dolls that had paint on the eyes that would rub off and create a “devil-eye” effect.

We spoke to the reporter today to follow up. He said the following:

He has seen a picture of the action figures of the devil-eyed UBL dolls
He has proof of some kind that 1000 or so of the action figures were made by the company in China
He knows that the relationship between CIA and Don Levine was beyond the dolls – to include backpacks, bicycle pumps and some girls toys
The relationship goes back to 2005 – that we wanted to leverage his contacts in China
The material was shipped through Karachi to Afghanistan
He didn’t mention D/NCS in this call, although he made a reference to him in the initial inquiry.

An earlier emails says that Goldman even knew the ship that had taken the dolls from China to Pakistan, and had pictures of an earlier prototype and the final prototype.  Another email from the CIA’s Office of Public Affairs was sent to John Brennan, among others, and lists a number of news stories in development that had asked for CIA input – including Goldman’s.

When the story came out and the CIA received requests from other outlets re-covering Goldman’s discovery they issued the same statement they have provided to the Washington Post.  The OPA also sent round a link to and copy of Goldman’s story, along with the same prepared statement downplaying the scope of the influence operation.

Perhaps the most ironic paragraph in the released documents is a pitch from CBS This Morning, about how the CIA are leveraging social media much better than other agencies:

(U/FOUO) CBS This Morning contacted OPA about potentially doing a feature story on how the CIA has embraced social media as a communications tool. The reporter noted that she was impressed the by the Agency’s use of these platforms compared to how other federal agencies use such accounts.