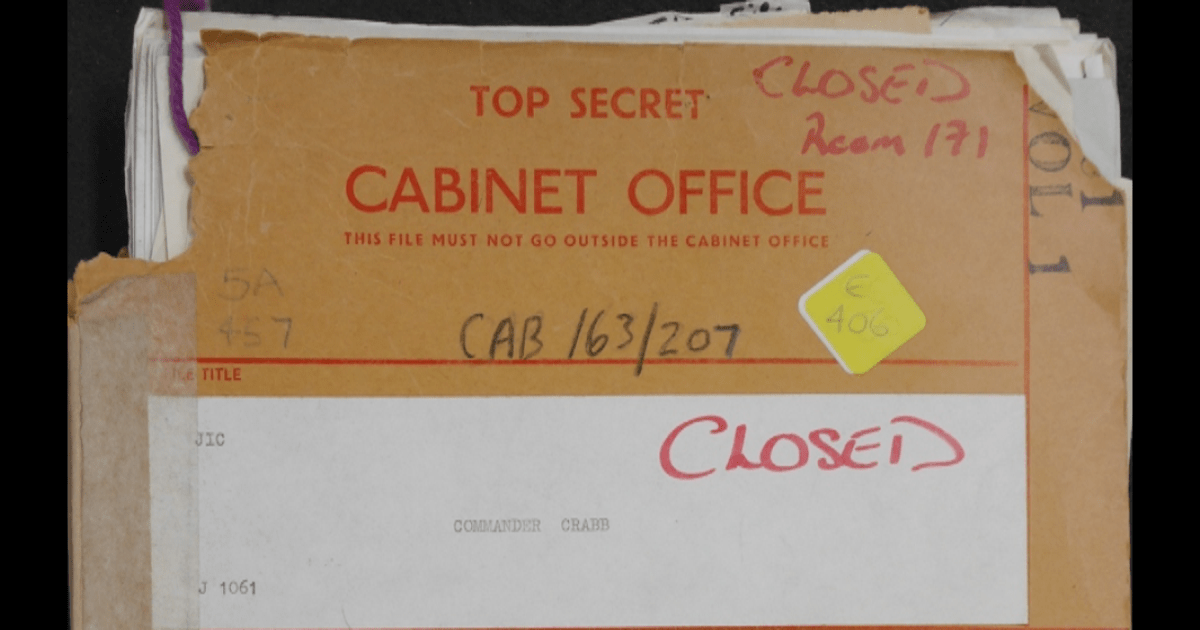 Top Secret Files on the Disappearance of Buster Crabb

Buster Crabb was a WW2 British Navy Frogman who in 1956 was recruited by MI6 to spy on Soviet ships docking in Portsmouth harbour during a goodwill visit.  These files – some available here for the first time – detail the British government’s interference in the inquest into Crabb’s presumed death, their internal inquiry into what happened and their attempts to prevent the BBC making a documentary about the story.

A full exploration of the Buster Crabb affair is coming in episode 123 of ClandesTime but he has gone down in history not just for the dramatic mystery of his disappearance and probable death but also as one of the inspirations for James Bond and the subject of numerous conspiracy theories.  Some believe he didn’t die that night in April 1956 but was captured by the Soviets and recruited into their military-intelligence apparatus.  Others believe that, as a friend of Guy Burgess, he had defected and become a stooge for the Communists.  Yet further theories include him being murdered by MI5, and him dying accidentally due to a reckless, poorly-planned operation.

* The government’s internal inquiry into what happened, which attacks the security services for completely bungling the operation.

* Other Cabinet Office papers, which make it clear that the cover story – that Crabb had died some miles away testing new equipment – was not true

* A Top Secret File detailing how the British government tried (successfully) to prevent the BBC from producing an episode of Panorama about the Crabb affair.  This involved Number 10, the Cabinet Office, the Foreign Office, naval intelligence, MI5, MI6 and the Joint Intelligence Committee who oversee the security services.

Cabinet Office – CAB 163/207 – Attempts to stop a proposed BBC programme about Commander Lionel (Buster) Crabb, a frogman who vanished while on a mission under Russian warships in 1956