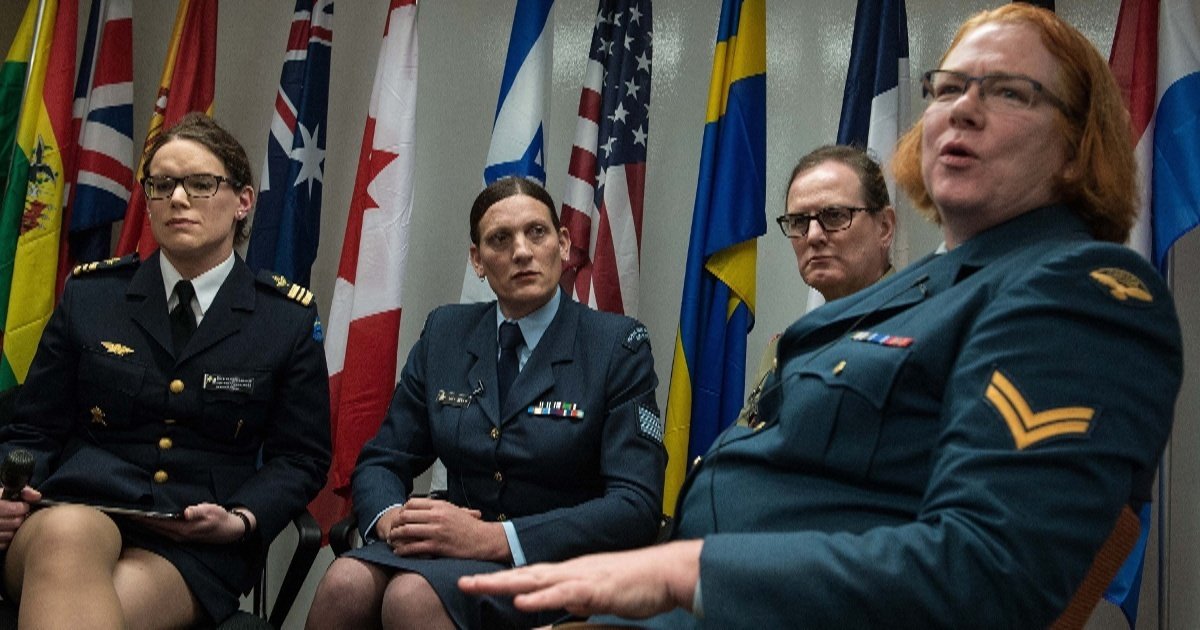 In June 2016 the Pentagon repealed a ban on openly transgender people serving in the US military.  A year later and Tzar Trump I has reinstated the ban, causing a panic among the liberal Left for whom the right of transgender people to kill innocent civilians in foreign countries is more important than the right of those people to not be killed.  From my perspective, less people in the military is a good thing, regardless of whether they consider themselves male, female or anything else.  The Pentagon’s support for a forthcoming documentary on transgender military personnel represents a shift in policy towards the PR of politically correct genocide, given their very conservative past.

The Conservatism of the Entertainment Liaison Offices

In the past the Pentagon’s Hollywood offices have been quite conservative, certainly when measured by the American political and social spectrum.  I explained this in some detail in a subscriber podcast, but to take just a couple of examples:

The producers of an independent film called Equality Ride wanted to ‘film the interaction between USMA cadets and the gay/lesbian students during the group’s stop in West Point’ but this was denied.  However, when an advocacy group from the Christian right wanted to film at Arlington National Cemetery the Army’s liaison office, ‘explained to the production company that all groups who are founded as advocacy groups are generally not given support, but recommended a way for them capture the video they might want as ANC was willing to allow access to the “public areas” and to the gate.’  They bent the rules for a nationalistic Christian political group but not for a progressive liberal group

The military turned down a request from the producers of Wife Swap in part because of the ’60s era connotations’:

Wife Swap. Yeah. My reaction, too. Relatively politely declined the offer from the producer of this hit ABC show (the networks #3 show in all markets) to feature an Army wife (either the wife of a Soldier or a wife who happens to be a Soldier herself) “swapped” with the wife of a civilian family. Incredulous, I inquired that even if I could possibly reconcile the concept of Army Soldiers or Army wives being “swapped,” with all the ’60s era connotations that implies, to what sort of family would the wife go? The producer let it slip that it would have to be to a family that would create “good TV, you know, a progressively minded family” and then I was treated to this producers bent on how she believes most members of the Army must think and behave and how good that would be to show that compared to “a family who doesn’t necessarily believe everything they are told.”

There are numerous other similar examples that underline the entertainment liaison offices’ conservative credentials, from refusing support to a documentary about immigrants in the military to granting support to racist productions like Rules of Engagement.

As such it came as something of a surprise that the forthcoming documentary Transmilitary is receiving production support from the Army.  A liaison office report from February this year notes:

Most of these are known to have DOD support (some are educated guesses), but the DOD only provided one agreement – for Transmilitary.  This suggests they are wilfully destroying their own records of recent support to the entertainment industry, despite my frequent requests and therefore the knowledge that they are illegally destroying material that is subject to FOIA.  But hey, illegality never stopped the DOD from covering My Lai or any number of other horror shows, so this is unsurprising.

The contract is a standard documentary Production Assistance Agreement, almost identical to those drawn up for fictional, entertainment films.  While there obviously isn’t a script for the DOD to review, the same rules of military control over the content apply.  The DOD approved a treatment and a narrative description, and the agreement ensures that and subsequent changes have to be authorised by the military.  As such they maintain the same level of script approval over documentaries as they do over major movies.

From the synopsis on the film’s website it is clear that this isn’t an especially liberal or progressive story, which is probably why the military approved it:

Within our all-volunteer military, approximately 15,500 transgender people serve their country. These Americans are twice as likely to serve as their non-transgender peers, and yet they have been forced to conceal their gender because military policies ban their service. TransMilitary chronicles the lives of four of those troops as they defend their country’s freedom, while ironically fighting for their own. They put their careers and their families’ livelihoods on the line by coming out to top brass in the Pentagon as transgender, in hopes of attaining the equal right to serve.

Of course, a country cannot have freedom (a country is little more than a lump of rock within administratively-defined borders) and neither can a person working for an extremely regimented government organisation.  But in framing things in these terms, it makes it seem like the two are interwined mutually-supporting ideals, rather than intertwined mutually-supporting nonsense.

Finally, in the furore in response to Trump tweeting that he is reinstating the ban on transgender people in the military, we should remember that it was only 13 months ago that the ban was lifted.  Trump is merely reinstating something that was policy right up until the last moments of the Obama presidency.  While the outrage machine is doing what it always does and focusing all the emotion on Trump himself, it was the military who repealed this ban last year and if it is reinstated it’ll be the military that does it, not the White House.  In making this issue so completely politicised it actually lets the Pentagon off the hook, or potentially even turns them into the innocent victims of the nectarine despot.  A quick look at the Transmilitary facebook page shows it is full of ‘support our troops’ messaging, which I’m sure is making Phil Strub and his cronies happy.