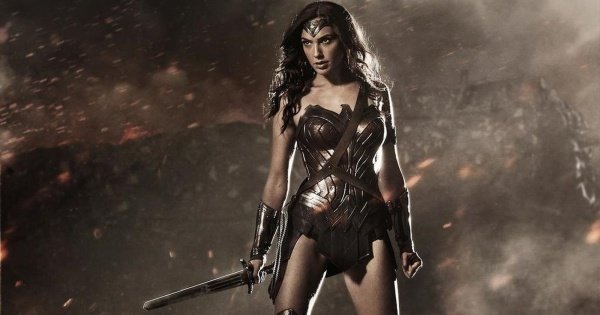 This isn’t just getting out of hand – it’s out of hand.  You did not read this incorrectly, the United Nations have made Wonder Woman an honorary ambassador for the Empowerment of Women and Girls.  Presumably that’s because the UN thinks that actually empowering women and girls is best associated with quasi-feminist fantasies in comic books.  Is this just a DC Studios marketing campaign?  This is a bit of a rant.

Reasons why this is a bad idea

Honestly, it’s hard to even have to bring myself to have to write about this rank stupidity but here we go.

The UN have already done this – in 1998 Winnie the Pooh was made an honorary Ambassador of Friendship  and in 2009 Tinker Bell was written into this hyperreal melodrama as the honorary Ambassador of Green.  Curiously, the promotion of these characters to a pseudo-real state has done fuck all for friendship or ‘Green’ causes in the interim.

This decision has already pissed off UN employees and they’ve started an uber-threatening online petition.  They say:

Wonder Woman was created 75 years ago. Although the original creators may have intended Wonder Woman to represent a strong and independent “warrior” woman with a feminist message, the reality is that the character’s current iteration is that of a large breasted, white woman of impossible proportions, scantily clad in a shimmery, thigh-baring body suit with an American flag motif and knee high boots –the epitome of a “pin-up” girl. This is the character that the United Nations has decided to represent a globally important issue – that of gender equality and empowerment of women and girls.

To be fair the Wonder Woman of the new DC Universe films is not white, nor is she particularly sexualised, but they make a fair point about the original cartoon.

This poster is artistically and politically moronic: Furthermore, whose idea was this?  Did this originate from within the UN or was this something spun together by the DC Studios marketing team?  Because, and call me a cynic if you must, I can’t help but notice that the first big film in the new DC Cinematic Universe did not get a good response or reach box office expectations.  They will do anything at this point to add some extra PR and pizazz to their brand, especially with two Wonder Woman movies coming out next year (the standalone Wonder Woman movie and The Justice League).  The DC Universe has already worked with the Pentagon, NASA and the Canadian Armed Forces in producing and boosting their brand, so perhaps this is simply the next logical step.  The Guardian reports that:

As part of the yearlong campaign, DC Comics is developing a Wonder Woman comic that “tells the story of empowerment, peace, justice and equality” that will be available worldwide and in multiple languages.

Sounds like some pretty good marketing if you ask me, reminiscent of the 2005 Pentagon propaganda campaign that saw Marvel Comics produce a special ‘Support our Troops’ edition.

In reality the UN has a pretty terrible record when it comes to promoting women, which they might want to address before making big, absurd attention-seeking publicity gestures.  There has never been a female Secretary General of the UN, and this month they turned down seven female nominees for the replacement for Ban Ki-Moon and appointed António Guterres.

Everyone from the officials of the UN to the Hollywood producers to the general public does not need any more encouragement to detach themselves from reality.  It is this sort of stuff that is driving people crazy.

Reasons why this is a good idea

Wonder Woman was the best thing in Batfleck vs Superman.  She added an element of mystery and drama and was actually a credible superhero rather than the wimpy girlfriend of a superhero.  So she sort of makes sense?  Inasmuch as any fictional female character from a superhero franchise makes sense.

While the UN sees the right to access information held by public bodies as ‘an integral part of the fundamental right of freedom of expression, as recognized by Resolution 59’ they are not themselves subject to FOIA laws, so we probably won’t find out much more about this decision after the furore dies down in a few days.  That is a shame, because I for one am certain that there is more to this story.