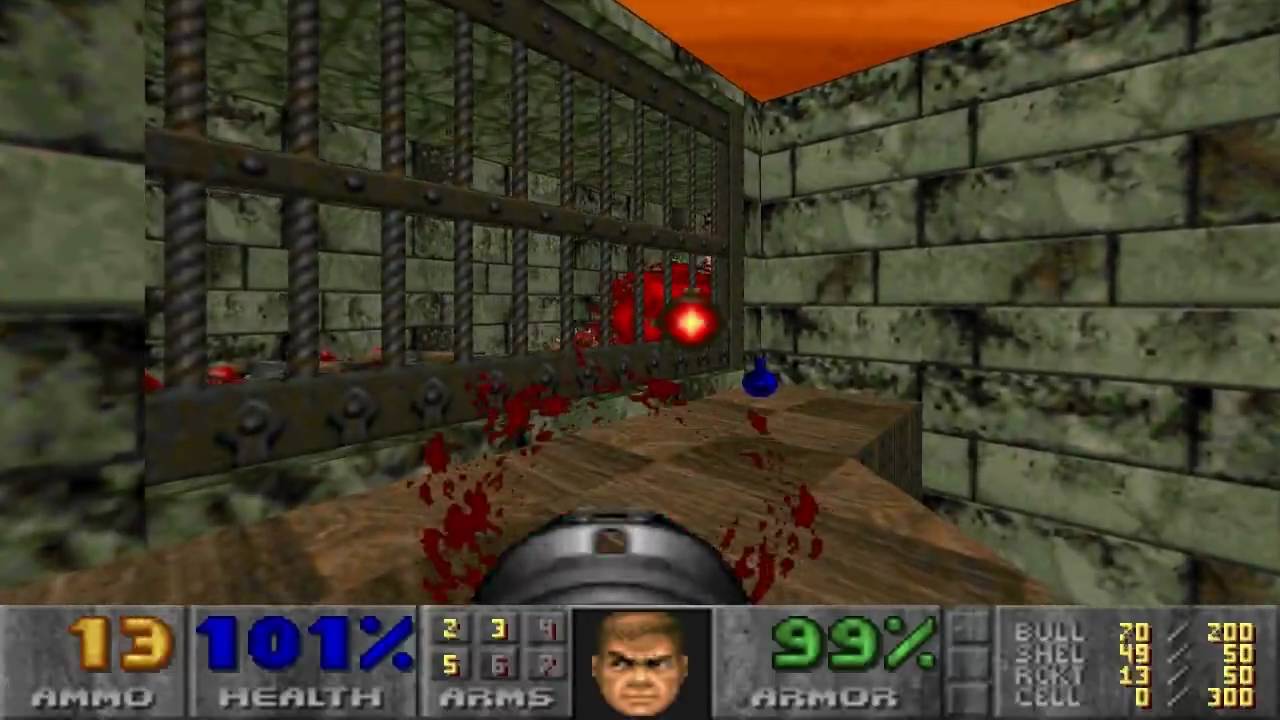 In early 1997 the Commandant of the Marine Corps Gen Charles Krulak issued an order authorising the use of video games in the training of Marines.  Designed as a cost-cutting exercise, this led not only to the use of commercial games for training, but also the creation of the notorious Marine Doom, a modified version of the classic first-person shooter.

As the fourth wheel in terms of US military branches, the Marine Corps often gets stiffed when it comes to divvying up the vast sums the DOD procures every year from its hostages in Congress.  In the mid-90s they faced a shortage of cash for the spare ammunition, time and space to keep their Marines sharp.  Krulak told his people to get creative, issuing an order in April 1997 on Military Thinking and Decision Making Exercises.  It notes:

The use of technological innovations, such as personal computer (PC)-based wargames, provide great potential for Marines to develop decision making skills, particularly when live training time and opportunities are limited. Policy contained herein authorizes Marines to use Government computers for approved PC-based wargames.

The order also forbade using cracked versions of Doom to help train to kill Iraqis, due to the problem of computer viruses:

Use of PC-based wargames on Government computers is the subject of some necessary restrictions. This Order supersedes previous policy which prohibited playing of games on Marine Corps computers. Commanders may now authorize the use of government computers for the games listed in the PC-based Wargames Catalog. Marines finding games which support Military Thinking and
Decision Making Exercises objectives can request approval for their use by submitting a recommendation, complete with supporting justification, to Commanding General, Marine Corps Combat Development Command (Marine Corps Modeling and Simulation Management Office), 2006 Hawkins Avenue, Quantico, VA 22134-5069. Software installed on Government computers must be legitimately
procured and licensed in accordance with all copyright restrictions. To avoid introduction of computer viruses, only commercial shrink-wrapped software or software downloaded from trusted Government network sites shall be installed. The unit S-6/G-6 must be consulted before installing software to avoid impact on mission-essential operations and network traffic.

In one of their more creative innovations, the Corps told Lt. Scott Barnett and Sgt. Dan Snyder to find games suitable for replacing some live-fire training exercises, especially those geared towards teamwork.  They settled on Doom II, and then set about modding it to make it  more realistic than a gory walkthrough of (literally) hell.  As War is Boring recounts:

Snyder spent the next six months modding Doom II to fit the Marine Corps’ goals. He created maps filled with bunkers, buildings and trees. He replaced the models for the weapons, giving every player a rough approximation of a U.S. infantry weapon. He scanned G.I. Joe action figures into his computer and used them as the basis for new bad guys.

He even recorded new sounds for the weapons and villains. Gone were the guttural growls and sinister yelps of Hell’s minions. Snyder substituted them with his own voice. In 1996, Snyder showed the modified game to his command.

Designed as a four-man multiplayer game, Marine Doom proved a success, however absurd the idea might be, and may well have been the basis for America’s Army, first launched in 2002, and other military version of games like Full Spectrum Warrior.  Snyder and Barnett left the Corps soon after finishing their masterpiece, with Snyder working as a consultant on ‘NAM, another first-person shooter set in the Vietnam War.

Marine Doom – the Mod created by the Marine Corps