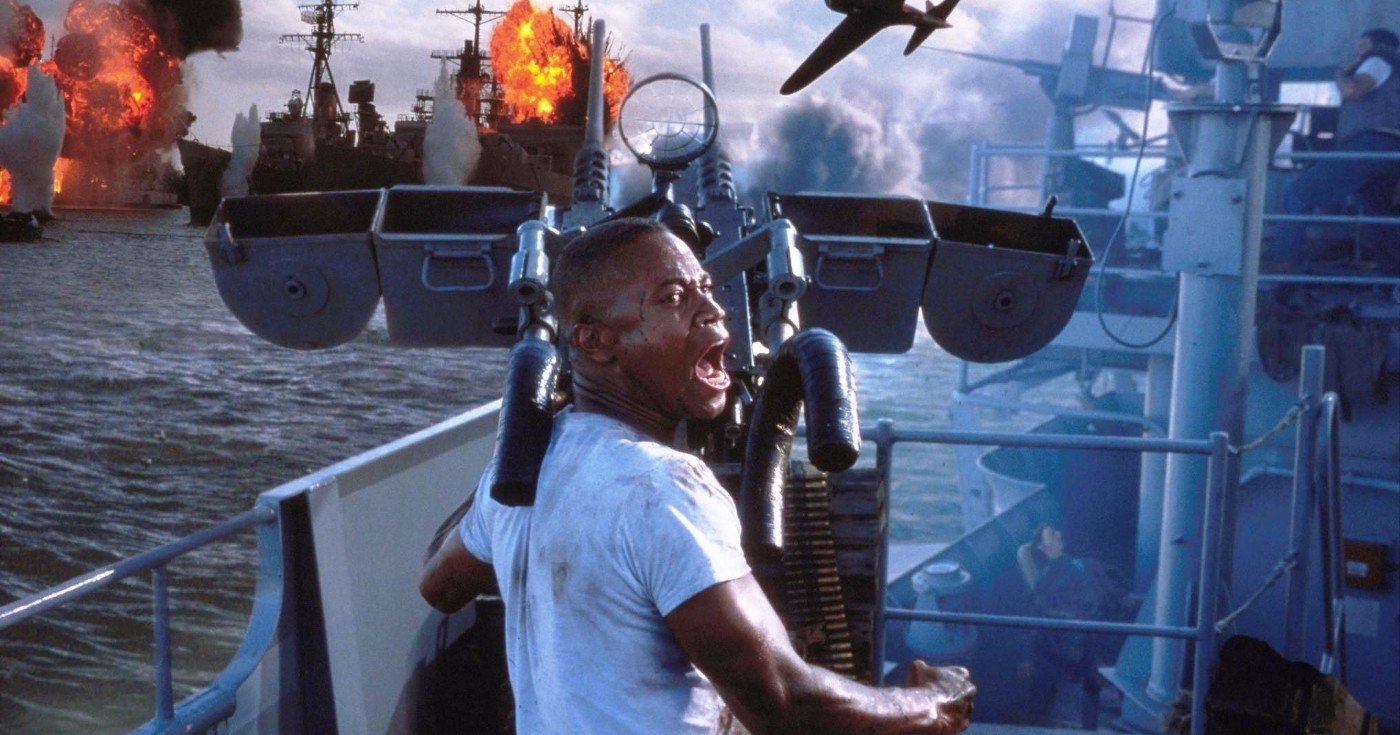 As I work through the DOD’s file on Michael Bay’s Pearl Harbor I keep finding curious and often bizarre requests for script changes, among them a demand that the producers not ‘rewrite history in a PC way’ by ignoring the fates of the captured Doolittle Raiders including three whom were executed.  But they immediately contradicted themselves, and asked the producers to rewrite a voice over to make it more politically correct, and less accurate.

The Doolittle Raid in April 1942 showed that the US could strike at the Japanese mainland, with bombs hitting Tokyo and other targets on Honshu.  2001’s Pearl Harbor depicts these events, though in a markedly less accurate manner than 30 Seconds Over Tokyo, which included footage provided by the Army Air Forces that had been filmed by cameras attached to two of the planes on the raid.

One of the reasons for this degradation in accuracy is the DOD’s review of the script, in particular a voice over by Evelyn, the female lead played by Kate Beckinsale.  Following the depiction of the raid, Evelyn’s VO sums up the events and what happened to the pilots on the raid.  A set of script notes from April 2000 says:

Pg 120, EVELYN VO: We can’t rewrite history in a PC way by mentioning those captured and ignoring the sad fate three of them had at the hands of their Japanese captors. Recommending changing the opening lines to:

The early headlines were wrong. Ten fliers died. The rest eventually
made it back home. (continue as written).

Later, same VO: Isn’t it more appropriate these days to say “African American” instead of “Black?” Also, service members never “win” medals, like a contest. Medals are always “awarded,” so Dorie would have been the “First African American to be awarded…”

Clearly, this version of the script ignored the fact that the Japanese authorities executed three of the eight fliers that they captured, which the Pentagon saw as rewriting history in a PC way (presumably to avoid offending the Japanese and Japanese-Americans in the audience).  Bear in mind this is the same film that portrayed the Japanese dentist in Hawaii providing information to someone in Tokyo, when in reality it was his wife and the conversation was innocent and innocuous, so the chances of them trying to avoid causing offence seem pretty slim.

Nonetheless, the Pentagon asked that the line be rewritten to say that ten fliers died and the rest eventually made it back home.

But this isn’t true.

Two died when their plane crashed into the ocean off the coast of China following the raid.  One died when his crew bailed out over China and he fell down a cliff after landing.  Eight were captured by the Japanese, of which three were executed by firing squad after a trial while a fourth died of disease while in captivity.  The remaining four were liberated at the end of the war and repatriated.

Even more bizarre than the Pentagon’s claim that ten of the Doolittle Raiders died is their followup, where they asked the producers to change the reference to Dorie Miller from ‘black’ to ‘African-American’.  Given that they film is set in the 1940s, it is surely ‘rewriting history in a PC way’ to alter the language of the time to be in keeping with early 21st century standards.  In the finished film the VO refers to Miller as ‘the first black American to be awarded the Navy Cross’, including the ‘awarded’ part of the Pentagon’s request but ignoring the racial-language element.

Possibly due to neither side (the Pentagon or the producers) having a grasp of basic historical facts, the fate of the Doolittle fliers wasn’t referenced at all in the final version of Evelyn’s VO.  All in all, a very weird moment in the Pentagon-Hollywood relationship, and I’m honestly not sure what to make of it.