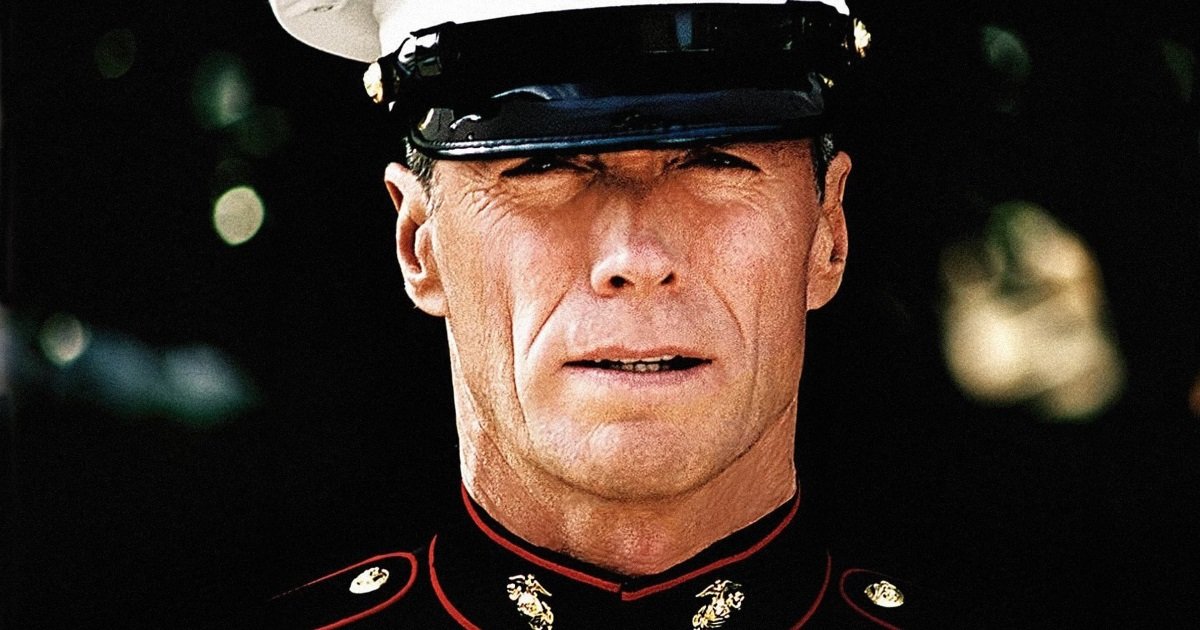 The Pentagon’s Film Office file on Heartbreak Ridge is one of the more lengthy and interesting sets of documents.  It tells the story of how the film was rejected by the Army but was supported by the Marine Corps, before being disowned by the DOD after they previewed a rought cut of the movie.  One of the most fascinating memos came in the midst of this, when DOD Hollywood liaison Don Baruch explicitly admits that they should be concerned with ‘criticism of DOD’, not just accuracy and recruitment.

Baruch wrote to Robert Sims, the Assistant Secretary of Defense for Public Affairs (Baruch’s boss) to provide him with an update on the project after the Army had passed on the script but the Marine Corps had decided they would be willing to work on the film.  There was clearly some tension between the Marine Corps Hollywood office and the DOD, with the Marines having less problems with the violent, profanity-laden, heavy-drinking Clint Eastwood character than Baruch’s office.  Baruch commented:

I read the script over the weekend and found it leaving much to be desired.  However, basically, I believe, the Marine Corps image is something they should be responsible for and we should be concerned where and how overall DOD policy and criticism of DOD might be concerned.

Leaving aside Baruch’s torturous use of grammar, he is fundamentally saying that Marine Corps PR concerns were up to the Marine Corps to deal with, and that his office was responsible for ‘DOD policy and criticism of DOD’, i.e. for ensuring the film met with the Pentagon’s propaganda objectives.  He does not mention accuracy or recruiting benefits – the two reasons DOD doctrine gives for engaging with Hollywood.

This lone slip-of-the-typewriter lays waste to all the DOD’s excuse-making and petty justifications for engaging in what amounts to a massive censorship and propaganda campaign against the world’s largest entertainment industry.