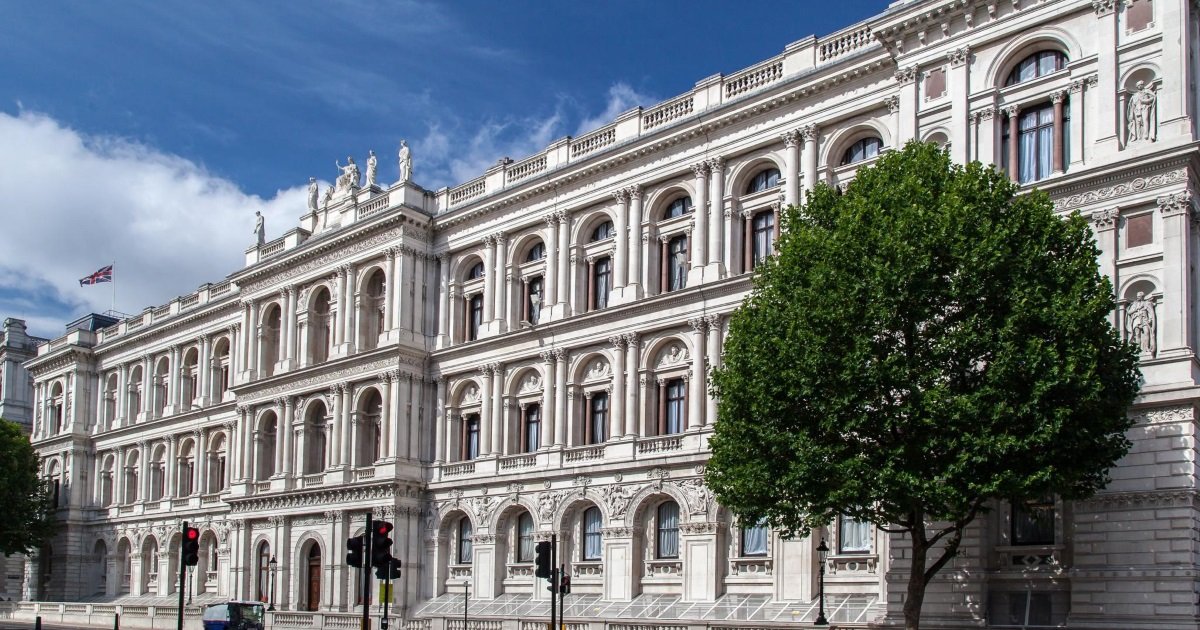 In this guest article Matt Alford – alongside Drs Daniel Broudy, Jeffery Klaehn, Alan MacLeod and Florian Zollmann – lay out their case that news media has systemically downplayed or simply avoided discussing the bloody consequences of Western foreign policy.  While the crimes of NATO allies are frequently portrayed as necessary or even benevolent actions, the brutality of enemy states is presented as an excuse for wars and other interventions.

In the 1960s, when Noam Chomsky observed that the United States had attacked South Vietnam, he was upending a particularly tedious case of media conformism from that era, namely that the West was fighting Communists in the North to defend Saigon. However, the young professor was spectacularly right. By the end of the war, two thirds of US bombs – twice the total tonnage detonated in World War II – had fallen on the South.

Similarly, when Indonesia invaded East Timor in 1975, Chomsky cut a lonely figure just by observing that the attack had even happened. Enforced famine alongside mass bombing and executions claimed 200,000 lives but reporting in American newspapers actually dropped after the invasion and flat-lined as the atrocities peaked. A 1996 documentary ‘Bitter Paradise’ told the story but was bought, shown once, and then buried by a public service broadcaster in Canada.

As media scholars critically engaged with Herman and Chomsky’s work on propaganda, we are particularly interested in perspectives that are ignored in the mainstream, especially by the most progressive outlets. In a series of peer-reviewed studies about Western media portrayals of numerous countries, we have observed that the crimes of the West’s enemies are still portrayed very differently to those of its allies such as those Cold War era dictatorships in South Vietnam and Indonesia. Barbarity by “anti-Western” regimes in places like Serbia/Yugoslavia, Afghanistan, and Syria routinely prompt media campaigns for external intervention, while the US and Great Britain — alongside allies such as Israel, Egypt and Colombia — commit atrocities that are given a constructive spin or only token coverage.

Our work shows how Venezuela has been demonised in the media as a “socialist dictatorship” since the 1998 presidential election of Hugo Chavez. Following a 2002 coup, the New York Times, for example, endorsed a short-lived US-backed dictatorship in Venezuela as a “refreshing manifestation of democracy”. And the mainstream press – not to forget some blood-curdling video games – have continued to advocate another coup against Chavez’s successor Nicolas Maduro, which they justify ostensibly on the grounds of his economic mismanagement. A survey by FAIR found that literally no elite commentators opposed the 2019 coup attempt, describing it as an “uprising”, a “protest”, or even an “opposition-led military-backed challenge.”

Fresh US/UK sanctions have been celebrated in the mainstream media, even as they exacerbate the crisis. The US has blocked the importation of insulin, dialysis machines, cancer and HIV medication, including those Venezuela had already paid for. As a specific result of the sanctions, 40,000 Venezuelans died between August 2017 and December 2018 alone, according to a report produced by leading economists at the Center for Economic Policy Research. None of this information has appeared in any mainstream national publication in the US or UK, except once in the Independent.

Venezuela is the rule, not the exception. In 2011, in Libya, conflict between its government and opposition groups erupted on February 15th, prompting NATO to invade. Our news media had depicted the actions of the Libyan government as indiscriminate crimes, ordered by the highest levels of government. However, it transpired that the Libyan security forces had not indiscriminately targeted protesters after all, as the UK House of Commons later confirmed.

In 2013, Egyptian security forces under General al-Sisi killed 817 people at a sit-in. The incident unfolded just days after the military had overthrown Mohamed Morsi, the first democratically elected president of Egypt. Human Rights Watch called it “one of the world’s largest killings of demonstrators in a single day in recent history”. Al-Sisi was considered to be a more stable leader, in the mould of former President Hosni Mubarak. The New York Times still refrains from labelling al-Sisi a “dictator” — despite him now being due to rule until 2034 – calling him a “bulwark against Islamist militancy.”

Not that the West is opposed to Islamists per se. Another key Western ally, Saudi Arabia, is only now starting to struggle with its human rights narrative. Saudi’s war against the people of Yemen has become the world’s worst humanitarian crisis. At the same time, US intelligence concluded that its dictator ordered the murder of Washington Post journalist Jamal Khashoggi. The grisly killing and dismemberment has been widely reported and condemned in the media, but coverage of the war in Yemen has been woeful, especially in the first years of the conflict.

In an incredible rationalisation that passed without comment, the UK’s foreign secretary Jeremy Hunt earlier this year insinuated in a major political magazine that by being the second largest weapons dealer to Saudi Arabia, the UK is uniquely placed to help stop the violence soon. Somehow, sometime – after four years and counting.

Then there’s “Russiagate”: the jaw-dropping master narrative that Vladimir Putin secretly blackmailed President Trump and interfered with ballot boxes and social media to control US foreign policy and fix the 2016 election. Meanwhile, far more evident influences on elections, such as massive corporations and the Israeli government and, indeed, the enormous influence of the US itself on other country’s democratic systems, are routinely soft-balled in the media. The official Mueller report into these alleged dealings substantially weakened the theory but two years of smears had already deepened the new Cold War. Even on its own narrow terms, the “Russiagate” narrative collapses in the light of political advertising data: the Russian Internet Research Agency reportedly spent $100,000 on Facebook ads, while the Clinton/ Trump campaigns had spent $81 million. Yet, the last time a “Russiagate” sceptic has been allowed on MSNBC, America’s most liberal television network, was January 2017.

Not all news values are determined by powerful forces. Nor is it surprising or necessarily harmful that consensus forms around certain ideas. But power is strikingly relevant and consensus views clearly correlate with elite interests. As global mass movements react to multiple foreign policy failures in an era of misrule, major media institutions still routinely support their state’s narrative lines.

Perhaps they did so most spectacularly over Iraq and the weapons of mass destruction fiasco, though at least the cameras were rolling when the 2003 invasion began. One might ask where were those great Western pens and lenses in the preceding decade, when sanctions led to an apparent explosion in child deaths — the numbers remain debated. Back then, Iraq was strangled by a sanctions committee who, in its alleged effort to contain the Iraqi threat, quietly prevented the import of heart medication, sanitary towels, teddy bears, and shrouds for their dead. Did you have any idea?

This is a problem in both autocracies and democracies, and in both the East and West – national media systems everywhere, far from challenging state-corporate abuses, as they invariably claim, routinely defend them. Uncontested contrary facts, reliable analysis and well-presented alternative narratives can be found in a wide range of sources, such as Media Lens and the films of John Pilger, but in even the most laudable corporate outlets they are piecemeal at the very best.

One leading liberal publication worked with us closely to create a version of this piece we all thought was exceptionally well done. Its editor deployed an unusually stark headline:  “How Western media amplifies and rationalises state-sanctioned war and violence – while millions die”.

Our article was due to be published on a Thursday morning back in April but the head editor intervened as a final check. An hour later we were called on the phone by the first editor to say there was a problem and delay.

Our paragraph on NATO/ Libya was annotated with: “Needs line in here about nature of Gaddafi regime. Can’t ignore its atrocities.” In response, we observed that mainstream evidence made it clear it was our “rebels” in Libya who conducted large-scale human rights abuses – against black Africans. Furthermore, the NATO intervention magnified the death toll in Libya by at least seven times, according to a study in a high ranking journal International Security.

A report by the British House of Commons’ Foreign Affairs Committee stated:

Despite his rhetoric, the proposition that […] Gaddafi would have ordered the massacre of civilians in Benghazi was not supported by the available evidence. The Gaddafi regime had retaken towns from the rebels without attacking civilians in early February 2011. […] The disparity between male and female casualties suggested that Gaddafi regime forces targeted male combatants in a civil war and did not indiscriminately attack civilians. More widely, Muammar Gaddafi’s 40-year record of appalling human rights abuses did not include large-scale attacks on Libyan civilians.

Parliament highlighted the causes for NATO intervention as being these Western misperceptions of Gaddafi and France’s own cynical motivations for taking a lead, such as gaining a greater share of Libya’s oil production and ensuring that Libya did not supplant France as Africa’s dominant power.

We maintained weekly contact with the publication for over a month before finally being told that we should publish elsewhere.  As Chomsky observed:

Quite a tale.  ‘Shocking’ is the right word.  While these statements [on Indonesia, etc] were highly controversial at the time, [I thought] even the mainstream might tolerate them today — transmuting them to ancient history, mistakes, etc.  Unfortunately, it’s the norm, my own experience for many years, that of others as well.

But millions do die. These are avoidable deaths caused by powerful individuals and institutions in the West through the predictable consequences of economic and military warfare. None of this is even to touch on the long-trailing blood-stains left in the wake of certain bloated and coddled industries operating from our shores – notably tobacco, mining, and armaments, or the grossly disproportionate effect that Western militaries have on pollution and global warming, or what fresh hell might be unleashed at any minute over Iran or even China and Russia.

And the media is complicit. And it happens all the time.

And it just did.

This is an edit of an article previously published by Peace News.

Dr Matthew Alford lectures in American Studies & International Relations at the University of Bath, UK. Professor Daniel Broudy lectures in Applied Linguistics at Okinawa Christian University, Japan. Dr Jeffery Klaehn is an independent scholar in Canada. Dr Alan MacLeod is a journalist for Fairness and Accuracy in Reporting, and Dr Florian Zollmann teaches journalism at Newcastle University, both are based in the UK.