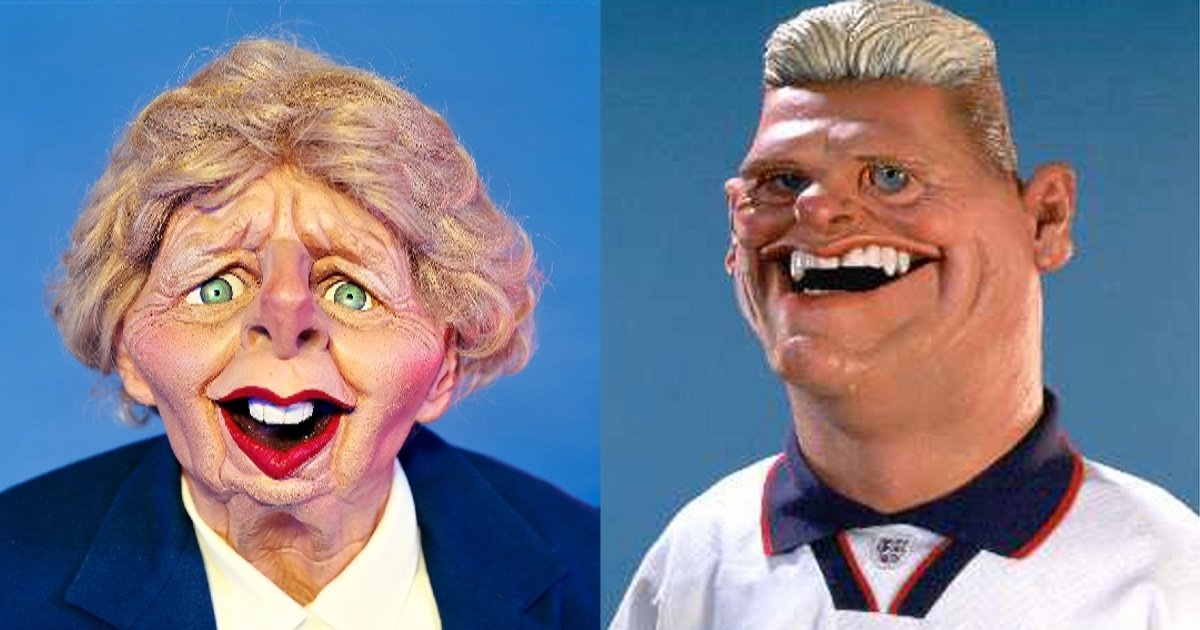 The 1990 World Cup was considered a big success for the England football team, as getting to the semi-finals was the greatest progress in a tournament since winning the trophy in 1966.  Documents recently released by the National Archives show that the July 1990 visit to Number 10 Downing Street by the England team was little more than a cynical photo opportunity.  While Thatcher’s speech at the event praised the team for their journey to the semi-finals of Italia ’90, other memos highlight how Thatcher essentially knew nothing about football and was merely exploiting the team’s goodwill with the British public in order to raise the PM’s profile.

While most of the file is concerned with the government’s sports policy (corporate sponsorship, government support to Olympic bids, starting a National Lottery to create revenues for developing UK sports) around 20 pages are devoted to the July visit.  On July 5th – the day after England lost to West Germany on penalties in the semi-final – Thatcher’s Private Secretary Andrew Turnbull sent her a memo saying:

There is popular demand for you to meet the England team shortly after you return from Houston. One possibility would be to invite them to No. 10 on Thursday at 1230 for a drink just before lunch. This would allow pictures‘to get on to the lunchtime news .

From the off, this was seen as a PR opportunity, rather than a genuine celebration of the team’s achievement.  The memo goes on to say that ‘You need only see them for about 20 minutes.’  Turnbull went on to suggest that the Minister for Sport Colin Moynihan could explore the idea when he went to see the third-place playoff a few days later, but notes:

He would be wise, however, not to issue the invitation until after the match just in case there is some unpleasant aspect to it.

At the end of the tournament, when England won the FIFA Fair Play award (which is given to the team who commits the least fouls) Thatcher’s office drummed up a statement to be issued to the FA and given to the press:

Please pass my warmest congratulations to Bobby Robson and the team on winning FIFA’s Fair Play Trophy in the World Cup. We are all extremely proud of them for the superb sportsmanship they showed throughout this hard-fought tournament. They combined this with flair, skill and immense determination on the field. The team have been a great credit to this country and an example to the world.

The generic language of this statement betrays the fact that Thatcher essentially knew nothing about football except for the problem of hooliganism which she’d promised to crack down on, while ignoring the economic circumstances she’d imposed which had fuelled the hooliganism in the first place.

A memo from another of Thatcher’s Private Secretaries, Dominic Morris, outlined the event at Number 10, mentioning several ‘opportunities for photographs’ and how they’d arranged for a football to be signed by all the team and by the PM which would then be auctioned to raise money for a children’s charity.  The memo concludes, ‘The whole thing need take no more than 45 minutes.’

Morris also drew up background papers on the players who attended the Number 10 event, preparing Thatcher so she would at least appear to know who she was talking to.  Morris also wrote out a speech for Thatcher to give at the event, which is worth reproducing in full:

Welcome to No. 10. We are all delighted to have the chance to say how proud we are of your performance during the World Cup. This is the furthest an England team has ever gone in this tournament on foreign soil.  And you gave the world what were by universal acclaim the best matches of the tournament to watch. Yours was a superb example of a group working supremely well together as a team, allowing each at the right moment to show that flash of inspiration and flair that makes football so enjoyable to see.

You were watched by hundreds of millions including to my certain knowledge – one prime minister. Now that wasn’t easy because i was abroad a lot, but i managed to snatch some time from my duties to watch your progress and cheer you on from various parts of the world – let me see – Kiev, the mountains of Armenia, Moscow – where Romania beating Russia downcast my hosts somewhat – and then the later stages of the cup from Dublin, Andrews Airforce base, Washington and of course Houston, Texas.  This really was a World Cup!

Notice how Thatcher makes no reference to the matches she watched, merely the places she had been when the matches were on.  It’s painfully obvious she didn’t watch the World Cup.  Her speech continued:

Now officials always say to me on these occasions “don’t forget to claim some credit for the government”. Well this time credit goes to each of you in the team, to the management and coach and to all those off the field who Worked so hard to ensure that you had every possible support. There is one small point where the government can claim some credit: we all thrilled at that magnificent – almost impossible – last minute goal against Belgium which put England into the quarter final. What is less well-known is that it was made and scored by two young men who had earlier been YTS trainees. Who says this country’s training isn’t amongst the best.

It was a very special honour and source of pride to this country that you won the FIFA fair play trophy. I know that they have to have some objective way of deciding who won it – the smallest number of fouls – but what was obvious throughout the tournament was the very high level of sportsmanship you showed. Football is inevitably a tough and physical game; and even with the best will where players are striving keenly in competition they can clash in trying to be first to the ball. I noticed how often it was the English player who after such an event was the first to stretch out the hand of friendship to the opposing team player to pick them up and continue the game.

We all noticed too that when an England player was brought down, unlike other teams, our players did not immediately seek the Oscar for Best Actor for impersonating the death scene from Richard III. You got on calmly with the game and always accepted the referee’s decisions without demur. We could not have been prouder of you if you had brought back the ’other’ trophy to accompany the real one that you achieved.

1992 is going to be an important year for Europe not just politically and economically but also because it will be the European championship. We look forward to you winning that and continuing to set the world the superb example of sportsmanship and high quality playing that you have just demonstrated.

In the meantime we are delighted just to have you with us and to be able to say congratulations and thank you for the renown you have brought for this country.

In particular the line about English players not overreacting when fouled was clearly designed to play well with the nationalistic tabloid press.  It has long been a talking point in English football that diving, cheating, feigning injury and other ‘dirty’ play was brought to this country by foreign players, as though before then the English game was pure as the driven snow.  This is jingoistic bullshit but it goes down well with dumb people.  Finally, a further prep memo from Morris suggests that:

[I]t would be well worth while having a film/sound recording crew there while you are saying this, since it would help promote the image that you are not anti-football (but simply anti-hooliganism).

Given Thatcher’s waning reputation among working class voters, who over the previous 11 years of her government had become hostile to the PM, this was a golden opportunity to look good.  The memo rounds off:

When you meet Mr. Mark Wright, you will want to enquire whether he has now fully recovered from the injury just above his eye which he got during the later stages of the World Cup tournament.