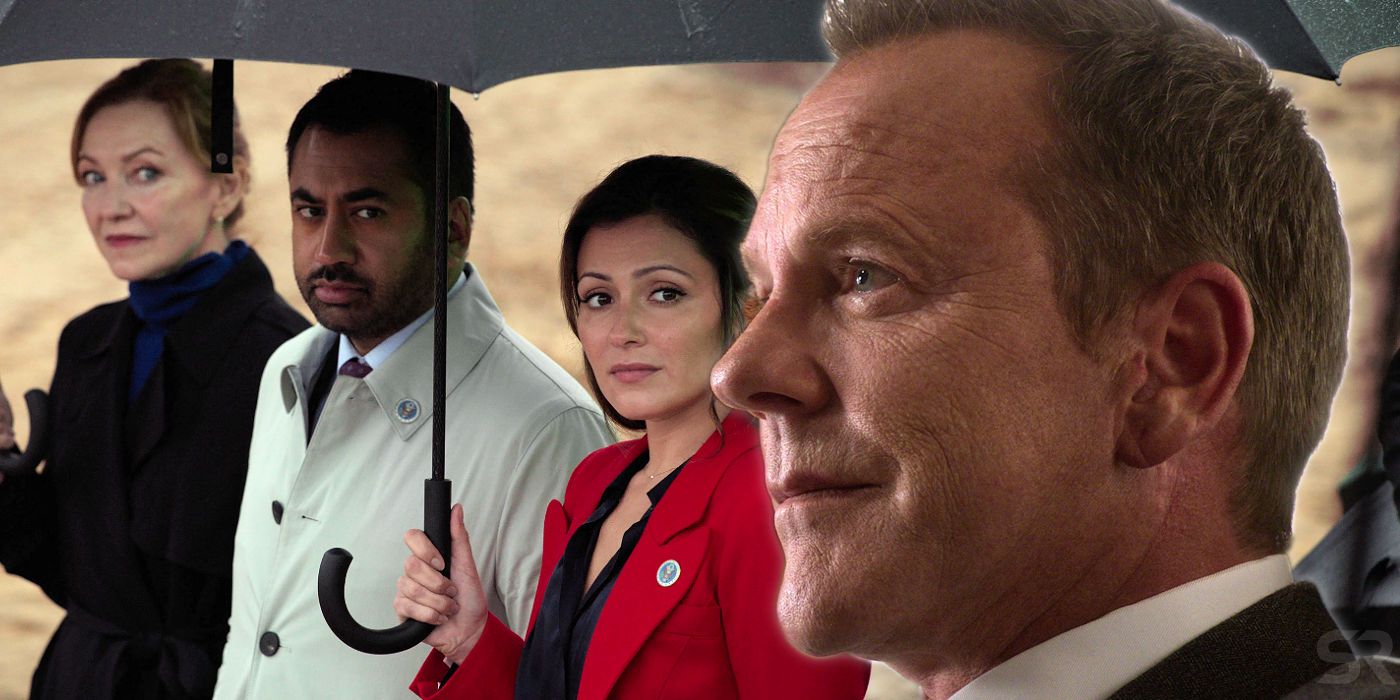 In 2017, we released National Security Cinema with no advertising, no publisher, no jacket designer, no distributor, and without even troubling ourselves to acquire endorsements.  We were inundated with interview requests and the reviews were excellent – nothing from the mainstream, of course – and we sold over 2,000 copies in the first year.  The positive response was testament to the public thirst for accurate new information and no-nonsense analysis on this hitherto woefully under-researched and misrepresented field.

Just after publication, we began to notice intriguing changes in the way that the Pentagon was organising its Hollywood files.  The repository in Washington, DC appeared to be granting public access without the consent of its private owner, Lawrence Suid, who for as far as anyone can remember had denied access to anyone in the field.

In 2018, I visited Georgetown University Library, Washington, DC.  Packed into 13 boxes was evidence of yet more government influence over film and TV, although it was clear that huge quantities of material, including the most controversial parts, had been inexplicably removed.

That year, we began working with Roger Stahl, Associate Professor of Communication Studies at the University of Georgia, on a documentary film Theaters of Command: The Military Takeover of Hollywood, distributed by the Media Education Foundation in Autumn 2020 to coincide with the publication of this book.  Roger sent files and interviews back from field trips all over the USA.  Meanwhile, Tom went onto amass further documents through over a hundred Freedom of Information Act requests.

The US military knows this topic is extremely sensitive and through a set of low-key strategies has been spectacularly effective at avoiding scrutiny.  It’s is only Tom’s relentlessness – before this project he had already been labelled a “vexatious requester” by the UK authorities – that broke the seal.

A new preface is a good opportunity to answer the most common question we receive – which we neglected in the first edition – namely whether this sort of propaganda system exists in other countries.

China is, of course, particularly dreadful, exercising strict state controls, supporting its own brand of nationalist schlock in films like Wolf Warrior (2015).   Beijing waters down foreign films for its own people: in Skyfall (2012), James Bond does not kill a Chinese guard; the Men in Black don’t use their memory wiping device in the second sequel (too much like censorship), and in Mission Impossible III (2006) we don’t see clothes drying on a Shanghai washing line.

Still, China’s impact on our own screens in the West has been negligible (much was made of Tom Cruise having to remove a Taiwanese flag from his uniform on Top Gun II (2020)) and infrequent (the most striking change being on Red Dawn (2012), where the soldiers leading an invasion of America were initially Chinese but, following complaints from Beijing, were turned into North Koreans).

In Britain, we have the Department of Culture and the BBFC, though neither explicitly impedes political narratives. There is no formal equivalent of the Publicity Department of the Central Committee of the Communist Party of China, or even the Pentagon’s Entertainment Liaison Office, but a number of former military and intelligence officials work in the entertainment industry, while the MOD and Foreign Office have sophisticated procedures for handling production requests.

Actual script changes are generally not known in the UK system but the application form to work with organisations like Landmarc Solutions ask about “any military content regardless of era, including the possible depiction of any existing MOD establishments” and ‘if the request contains any military content it will have to be cleared by our PR Department’. If the MOD’s PR assessment finds a project sufficiently positive then it will receive free military support, according to their media training manuals.

No wonder products like Kingsmen (2014) (supported by Inmarsat and MBDA Missile Systems), Spooks (2002-2011), and the David Schwimmer series Intelligence (2020-) seem like recruitment adverts for the British security services – they are.

No national security entertainment system, though, operates on the scale of the United States.  By any measure – military size, film industry size, foreign policy ambitions, or global cultural influence – the US dwarfs everyone.

Of course, even the US entertainment-security system is not all-encompassing.  Indeed, since our book there have been several incredible films – if you seek them out – that depict Western foreign policy in ways that both entertained and impressed us: Vice (2016); Dark Water (2019); The Report (2019); Official Secrets (2019); Backstabbing for Beginners (2018); The Banker (2020).

On the whole, though, Western entertainment has continued to drive further into the arms of the security state: Godzilla (2019); American Made (2014); Top Gun II (2020); Avatar II; Drone Warrior.  In some cases, including some production histories we previously thought we had known quite well – like Megaforce (1982), Man of Steel (2013), Presidio (1988), and Ice Station Zebra (1968) – we have found through new documentation that the Pentagon has secured “total rewrites”, or words to that effect.  And remember the scene where the aliens in Independence Day blew up the Pentagon itself?  No, you don’t – and new files show that the ELO asked for it to be removed.

In the case of TNT’s The Last Ship (2014-18), nothing happened on the show without the Navy’s input, including story and character arcs, final edits, social media posts and other promotions, and even a cameo for the Secretary of Defense for the Navy.  The series made simplistic enemies of Russia, Islamic terrorists, and ultimately China – which is shown deliberately trying to wipe out Japan with a contaminated vaccine.  At the same time, the US is dosing Vietnam by air with “the cure”, in a horrific reversal of real history.   The series even implies that the US is not just inspired by, but guided by, God Himself.

Although the CIA and Pentagon are the most egregious culprits in this propaganda blitzkrieg, they are not the only ones.

In a classic case from 1918, British Prime Minister David Lloyd George prevented the release of his own biopic – already approved and advertised – by paying £20,000 in cash for the negative and only print.  It was just locked in a safe for over 70 years.

These days, such goals are achieved less bluntly but no less effectively.  The movie studios themselves are of course the most immediate and obvious check on creative and political expression.  On Greed (2019), the end credits originally included statistics contrasting the paltry earnings of factory workers with the vast wealth of retail magnates such as H&M’s Stefan Persson ($18bn) and Zara’s Amancio Ortega ($67bn).   Sony insisted they were removed.

Atlas Shrugged: Part II (2012) celebrates the ultra-capitalist cult of Ayn Rand. The original film was a commercial and critical write-off but the sequel – released to coincide with the November 2012 elections – raised $16m through a private debt sale. The series is backed by one of the US’ most powerful conservative organisations, “Americans for Prosperity,” which said: “We supported it; we had screenings around the country… we liked the ideas to be out there.”

Other powerful, shadowy figures also lurk.  Richard Klein has been a unofficial adviser for films like The Kingdom (2007) and 13 Hours (2016).  Plenty of private contractors work on entertainment products but Klein is especially interesting because as his role on Designated Survivor (2015-19) expanded, so too did the show start to display all the usual signs of CIA PR – aerial shots of Langley, a realistic recreation of the CIA’s lobby complete with the CIA seal and the memorial wall, and clumsy dialogue reminding us that the CIA is supposedly serious about not operating on US soil.  Is Klein a covert agent for the Agency in Hollywood?  One of our documents from the CIA describes him as a ‘longstanding contact’ of their Office of Public Affairs.  Given his professional links to Henry Kissinger, has he also been representing this even less accountable state tumour?

The airbrushing of an entire mediated culture is laid bare in our work but I hope it was always clear – our concern has never been what films society should be making.  It was always about what they should not be making.  The major problem subgenre we identified – which is bloated out of all proportion in the United States – is national security cinema, namely those products typically made with the backing of militarised institutions and systematically promoting the superpower’s view of international politics.

As we finalise this new edition, there are signs that the Pentagon is again finding ways to close up the information on these productions.  The military has begun to redact more of our FOIA requests on the grounds of a previously unused excuse – copyright and commercial confidentiality – and we hear that all files are due to be returned from Georgetown library to the Pentagon itself.

Perhaps it is flippant to suggest that these files will be placed in a cavernous roomful of crates and stamped with “Do Not Open”.  Still, we have seen very clearly that when Hollywood is handling the affairs of the powerful, we are all siloed into not just a world of entertainment but a world of lies.

Note – It has been a pleasure to work with Investig’Action for this expanded edition of our book – only available in French, with this new preface (mainly by me) and four new case studies (mainly by Tom).