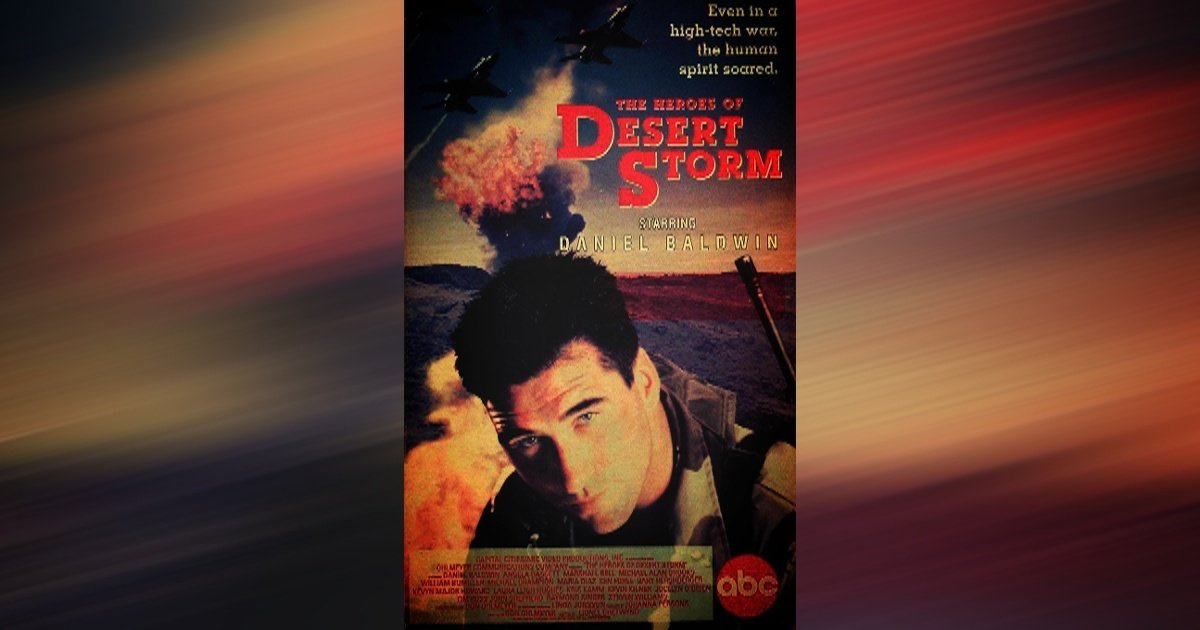 ‘While the Script is Somewhat Clichéd, We Are Not Movie Critics’ – DOD Memo on The Heroes of Desert Storm

There aren’t very many films about the first Gulf War, which is ironic because if ever there was a war for PR purposes, that was it.  While Jarhead and Three Kings were rejected by the Pentagon’s Hollywood office, one film that did benefit from military support was The Heroes of Desert Storm.  As one Pentagon memo notes, the script is as hackneyed as the title.  As such the movie represents one of the last of the classic style of war movie, where the good guys are good, the bad guys are bad, and there’s no question about the moral justness of the mission.

Made for TV, The Heroes of Desert Storm stars the unfortunately-named Richard Assad and tells its story from several perspectives – none of which are the perspectives of Kuwaitis or Iraqis.  So it is perhaps unsurprising that the DOD were interested in supporting the film, though not before changes were made to eliminate scenes depicting deaths due to friendly fire.

One memo sent In July 1991 is particularly amusing.  It was sent from Deputy Assistant Secretary of Defense for Public Affairs Don Kalinger to Phil Strub (who the memo refers to as ‘The Philster’ when perhaps ‘The Philistine’ would have been more appropriate).  Kalinger had read the draft script and commented:

It clearly meets our general standards for accuracy; positive portrayal of the military, their mission and equipment; and historical accuracy.  While the script in my view is somewhat clichéd, we are not movie critics.  I think cooperation on this film is in the best interests of the department. The line that ‘we are not movie critics’ is steeped in irony, as the DOD often considers the quality of a project as part of their assessment as to whether to provide or deny support.  For example, MTV’s Megadrive was rejected due to the ‘low brow nature of the programming’ while the film Dancin in Iraq was denied in part because the Marine Corps felt that the ‘script is abysmal’.

The Navy had major problems with the season 12 opener of NCIS, saying ‘Storyline is Jack Ryan outlandish’ and demanding the script be rewritten.  Meanwhile for Tom Clancy’s Jack Ryan the DOD read the first three scripts and concluded, ‘very well-written, “page-turners“, but hopeless for DoD.’

So sometimes they are movie critics after all.