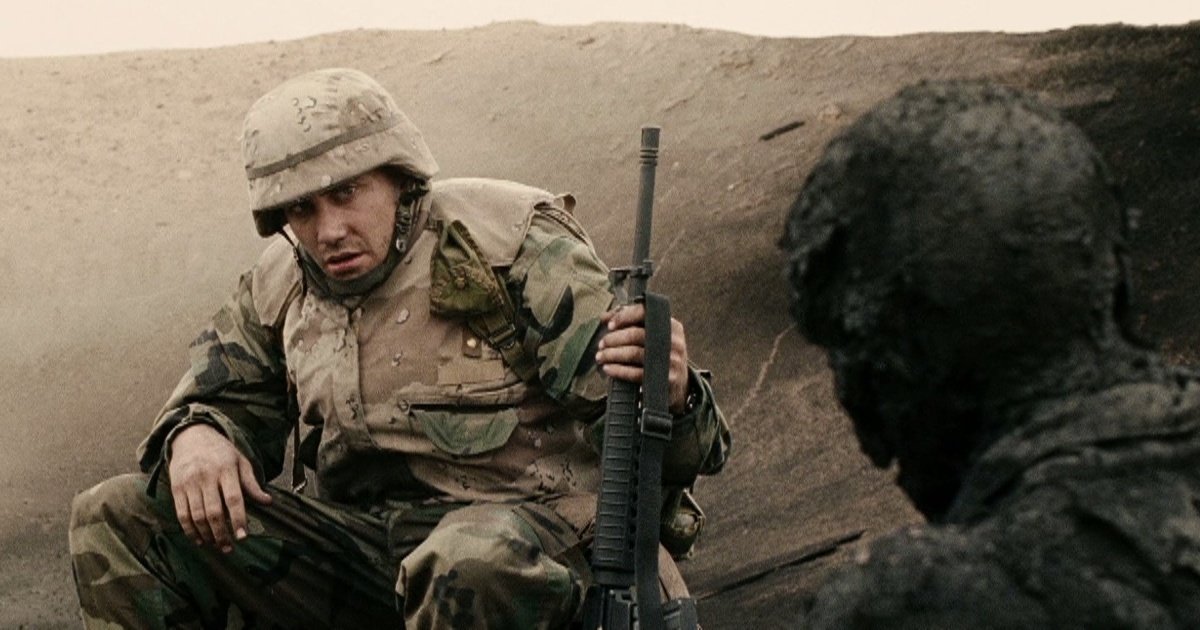 Why Did the Pentagon Support Godzilla and Transformers, but Rejected Jarhead?

The 2005 biographical war film Jarhead is one of a very small number of films set in the first Gulf War.  Despite being based on the autobiography of a Marine who served in Desert Storm the DOD refused to provide it with military support.  But how can a film based on a first-hand account not meet the criterion of being a ‘reasonably realistic depiction’ of the military, while Transformers and Godzilla were accepted by the Pentagon?

I recently obtained a folder from the US Marine Corps’ entertainment liaison office archive on Jarhead.  An email from Phil Strub to Sam Mendes explains his initial reactions to the screenplay:

I read the script quickly over the weekend to get an overall sense of it, since I hadn’t read the book and had heard virtually nothing about it before. Though I didn’t make detailed notes or written assessments, I did form the preliminary opinion that it‘s very unlikely that we will reach an accommodation on the script. Why not? Because I don’t think it’s possible to resolve what are almost certainly going to be many serious DoD/USMC concerns without departing too far from the present screenplay. l arrived at this opinion independently, but Captain Rushing concurs entirely.

I know that this is a bleak assessment, and coming during your vacation is particularly
unwelcome. But i don‘t want to raise unrealistic expectations by suggesting that we
undertake negotiations to attempt to resolve specific concerns, when l strongly believe
that such efforts – no matter how earnest and diligent — would almost certainly prove to be
unsuccessful.

That’s right, the DOD never even bothered to enter into negotiations over the script, such was their hatred for its contents.

But Strub acknowledges in this email that the movie is based on a book (though he’d never read the book, apparently) written by a former Marine, based on his real-life experiences.  You cannot get a more ‘reasonably realistic depiction’ of military life than one written by someone who was actually in the military.  Despite this, when asked about why they rejected the movie this is the reason the Marine Corps entertainment liaison office gave.

The latter half of the folder is mostly copies of media reports about the film and how it had been refused military support.  One story quotes Lt. Tryiokasus Brown, the deputy director of the Marines’ hollywood office.

“But we have particular instructions from the Department of Defense that we follow, and the original script [for “Jarheads”] did not meet D.O.D. requirements,” adds Brown. “It did not show a feasible interpretation of military life or operations or policies, and those are the guidelines we follow.”

At the same time they were rejecting Jarhead for not showing a ‘feasible interpretation of military life or operations or policies’ the DOD were warming up to work on the first Transformers film, which is of course far more realistic than a film based on a veteran’s autobiography.  Once again, this shows that the DOD are lying when they say they work in the entertainment business to ensure greater accuracy.

While many of the internal emails about Jarhead are redacted one only has to watch the film to see why the Pentagon turned it down.  Put simply, it not only makes war look futile, it makes it look boring, while Transformers makes war look glamorous and exciting.  While the former is highly unlikely to help with recruitment efforts, blockbusters such as Godzilla help suck people into military life, and to keep them there.

US Marine Corps folder on Jarhead

US Marine Corps Entertainme… by on Scribd