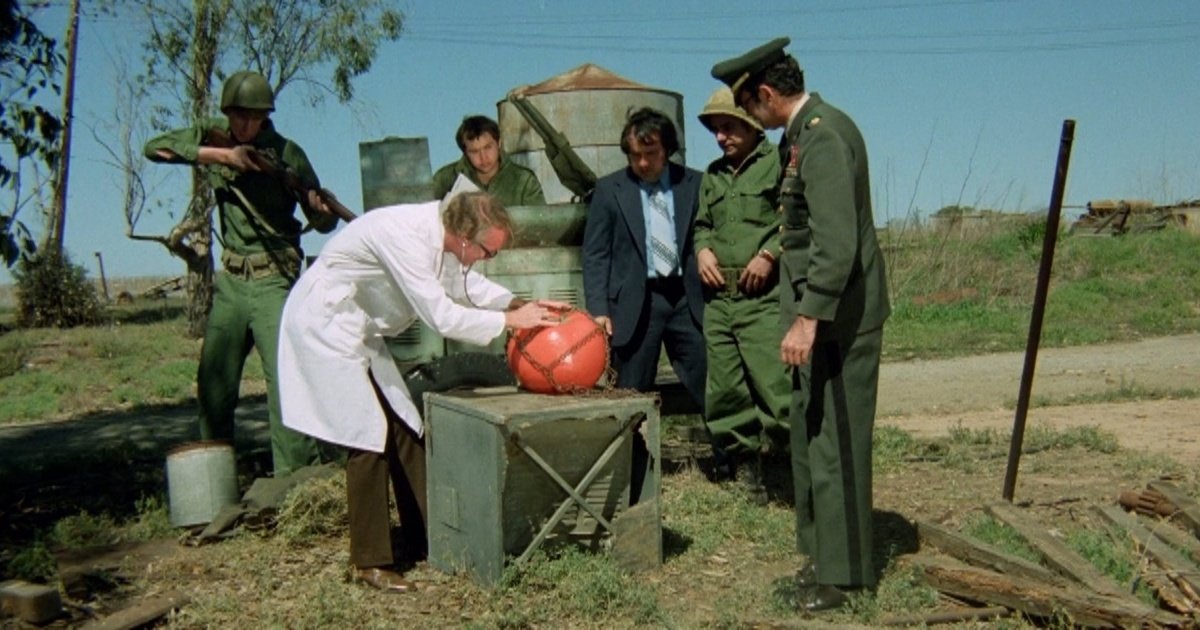 Why the Pentagon Rejected Attack of the Killer Tomatoes

In early 1977 the producers of Attack of the Killer Tomatoes approached the Pentagon about filming a couple of brief scenes at National Guard armories.  Even though the National Guard Public Affairs staff thought it was a fun film and were happy to help, they were overruled by the Pentagon’s Don Baruch because the film ‘lampoons the office of the president’.

Files recently liberated from the National Archives by Roger Stahl include a handful of documents on the DOD’s reaction to this request for support to Attack of the Killer Tomatoes.  The request was minimal – producer Constantine J Dillon wanted access to armories in National City and San Diego, California, to film a couple of short scenes.

We have reviewed the script and find that it is a comedy which poke fun at the executive and legislative branches of government, the military, the advertising business, and the movie industry itself–particularly the holocaust extravaganzas currently in vogue. Insofar as it is all done in a lighthearted manner we find no objection to granting the support.

However, a memo a few days later from the DOD’s Hollywood liaison Don Baruch (Strub’s predecessor) overruled this decision, saying ‘in our opinion subject project does not meet the basic principles’ necessary for providing support.  He went on, ‘Providing the military aspects could be placed in proper perspective and not ridiculed, the story still lampoons the office of the presidency’.  As a result, the film was made without DOD support.

While the film industry, and thus the Pentagon’s approach to it, have changed since the 1970s this seems petty to me.  The entire film is ridiculous, nothing in it escapes without being lampooned, so to suggest that the military/political establishment should be treated with respect simply misses the point of the movie.  It seems that Baruch didn’t have much of a sense of humour, and certainly had no tolerance for screenwriters mocking the offices of state.

DOD file on Attack of the Killer Tomatoes