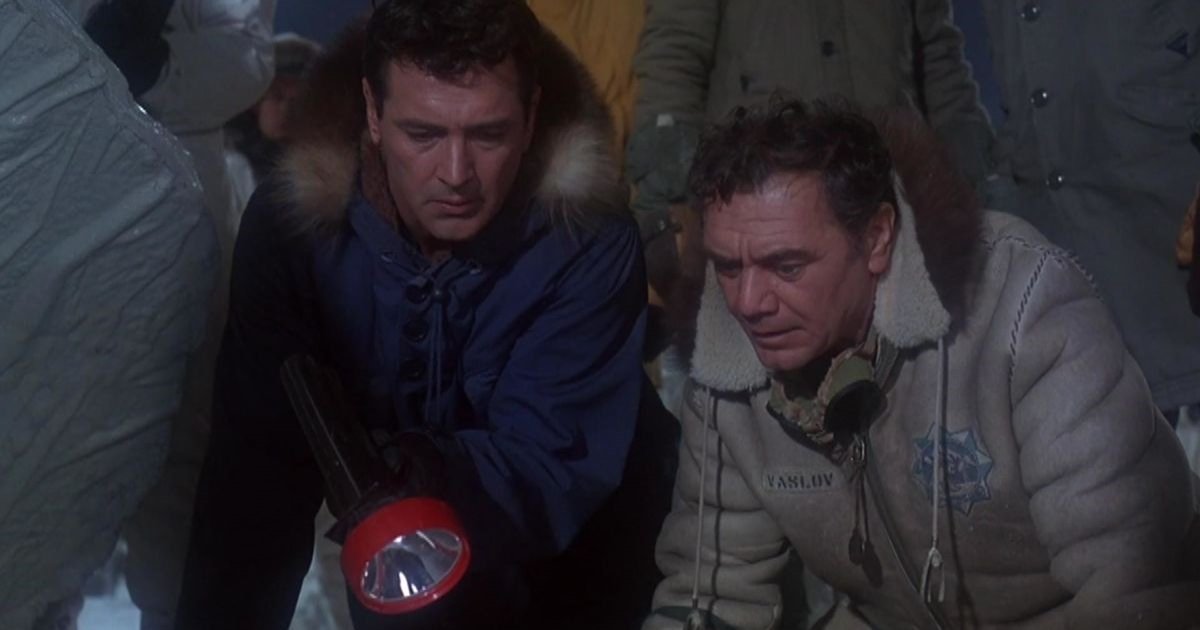 ‘Without any assistance from the military, then naturally, anything can happen’ – DOD File on Ice Station Zebra

The production of Ice Station Zebra is a great case study in just how much influence the Pentagon can have over a movie script.  The initial script – by multi-Oscar winning writer Paddy Chayefsky – was rejected by the DOD for being too politically critical and culturally subversive.  In the midst of the negotiations MGM’s military liaison wrote to the studio’s guy in Washington, saying ‘if cooperation is afforded to us the Navy and DOD will then have control over what we do with the story. Without any assistance from the military, then naturally, anything can happen.’

The problems the Pentagon had with Chayefsky’s script are too numerous to list (see the file below for the full account) but one paragraph gives us a flavour:

The story attempts to not only entertain, but to proselytise. To be specific, there are rather raw characterisations of the American commanding officer as dumb, but good, and the British agent as clever but bad. There are many recitations of the arguments for and against secrecy in military and political operations, speeches on the evil of intelligence operations and intelligence-gathering persons. There is an enormous amount of lewd talk and toothy leering. There are flat declarations of homosexuality among the weather station personnel and hints of it among the American crew. The “fact” that pornographic movies are regularly carried aboard the American submarine, and regularly shown, is a central element in the plot.

In short, Chayefsky set out to write a story replete with military incompetence, immoral spies, open discussion of the very fabric of the Cold War, pornography and homosexuality.  Each of which would, on their own, be enough to raise red flags at the entertainment liaison offices, but all of which together made military support to the film impossible.  Even after Chayefsky rewrote the script to try to accomodate some of the military’s concerns the DOD still wouldn’t play ball.

While the film’s producer Martin Ransohoff was determined to make the movie ‘with or without’ the Pentagon’s blessing, he was dependent on MGM for financing and distribution.  So in the event he sacked Chayefsky and brought in a new writing team to make a different, much blander, version of the same story.  That is the film we got to see – where there is no pornography, no references to homosexuality, much milder characters and almost no dialogue reflecting on the ethics of military/intelligence work.  In short, a neutered and largely depoliticised story.

A full account of the production of Ice Station Zebra is coming soon on ClandesTime.