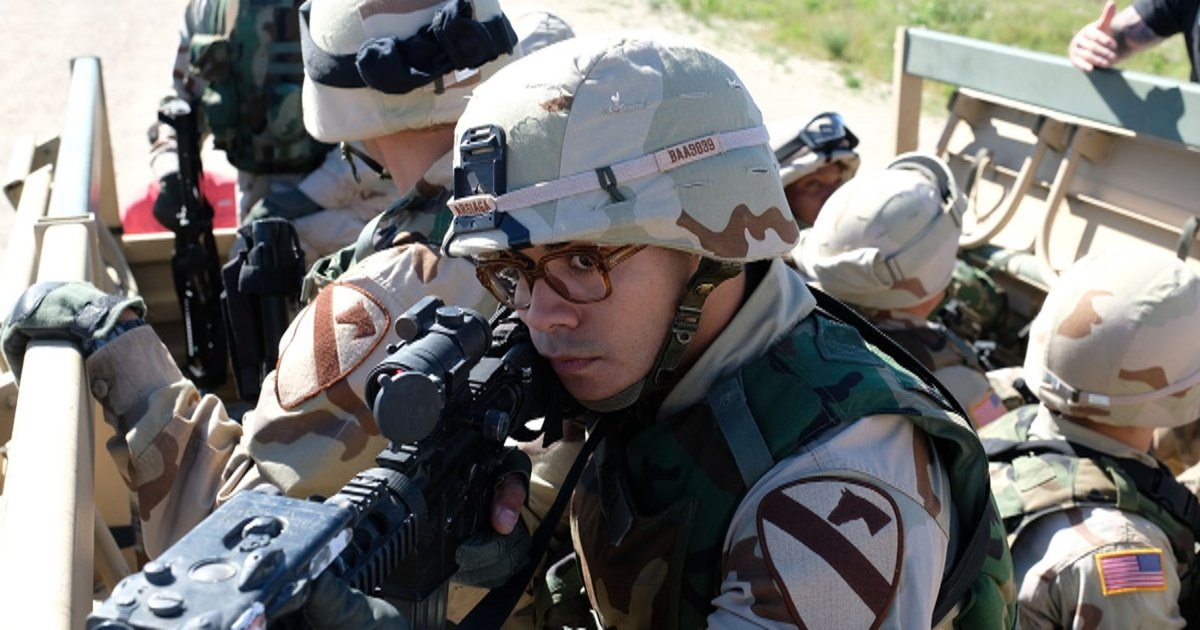 The US Army’s emails on The Long Road Home show that not everything ran smoothly while filming progressed at Fort Hood.  While all of the information on script input is redacted, one email contains production notes from the Army’s project officer Lt Col. Timothy Hyde, warning him to ‘keep an eye on the director’ due to problems on the set.  Another exchange between Hyde and Phil Strub shows they knew they were making a misleading piece of entertainment-propaganda rather than a realistic depiction of true events.

The notes are from May 2017 and are heavily redacted but they do shed some light on the relationship between the Army and the film series’ director Phil Abraham (note: the series had two directors but the shape of the redactions shows they’re talking about Phil).  It seems he was either risking the safety of those on set, or going off-script at some point, much to the chagrin of the Army:

3. Based on some safety concerns, I’ve built a good relationship with some of the grips and camera crews. They, along with ██ come get me to look at where ████ is positioning cameras when there are vehicles moving about. This is because they can’t tell him no, but we can, especially when it’s our equipment being used. I’ll let them know you will do the same thing.

4. The working relationship with the tech advisor, ███, has become a partnership. He’s in the same boat as some of the others where ████████████████. We work together, and if there’s something he really wants to get through to the director, he comes to me. He’s been helping out a lot just looking at soldiers and making sure everything looks right.

These notes show that the Army enlisted the help of Army veteran Eric Bourquin, who was worked as a technical advisor on The Long Road Home, to help keep the director in line.  Likewise Bourquin made use of the military’s muscle so he could get what he wanted.  Even though Bourquin was hired by the producers to help them make the series, it seems he ended up working alongside the military’s entertainment liaison officers.

While the Army redacted almost all the information about their input on the script, I did recently happen across an interview with Martha Raddatz, the author of the original book on which the series is based.  She acknowledged that the select group of veterans who worked on the series leaned on the film-makers to make changes to make them look better, in spite of the facts.

And what you say about caring about them, Mikko’s heart was in this from the beginning, too, and he cared about everybody and knows them all so well. To me, I just knew not just me, not just the book, but my guys and my families were in good hands. Just little things—like Justin Bellamy. He texted me and said, “Martha, you know in the book you had me as a specialist, but I’ve just been promoted to sergeant. Is there any way the guy who plays me in there can have a patch of sergeant, because it meant a lot?” And Mikko immediately changes it. Just little things.

While some veterans of Black Sunday have maintained the series is ‘very accurate’, they are people who the series paints in an extremely positive light.  Others have taken issue with the series’ willingness to deviate from the facts on the ground.  This is reflected in the Army’s emails, where one exchange between Phil Strub and Lt Col. Hyde discussed how the series is going to be framed.  One email from Strub from November 2016, during the script review phase, posits:

I’ll address that with them.

Thanks. FYI, ███ was tilting toward “Inspired By True Events.”

This met with agreement from Lt Col. Hyde who responded:

That’s what I would go with.

This discussion – between the Army’s project officer and the DOD’s hollywood liaison – shows that the knew they were making a series that was factually inaccurate.  Once again this puts the lie to the claim that the DOD are in Hollywood to try to ensure more accurate depictions of military life.

US Army emails on The Long Road Home