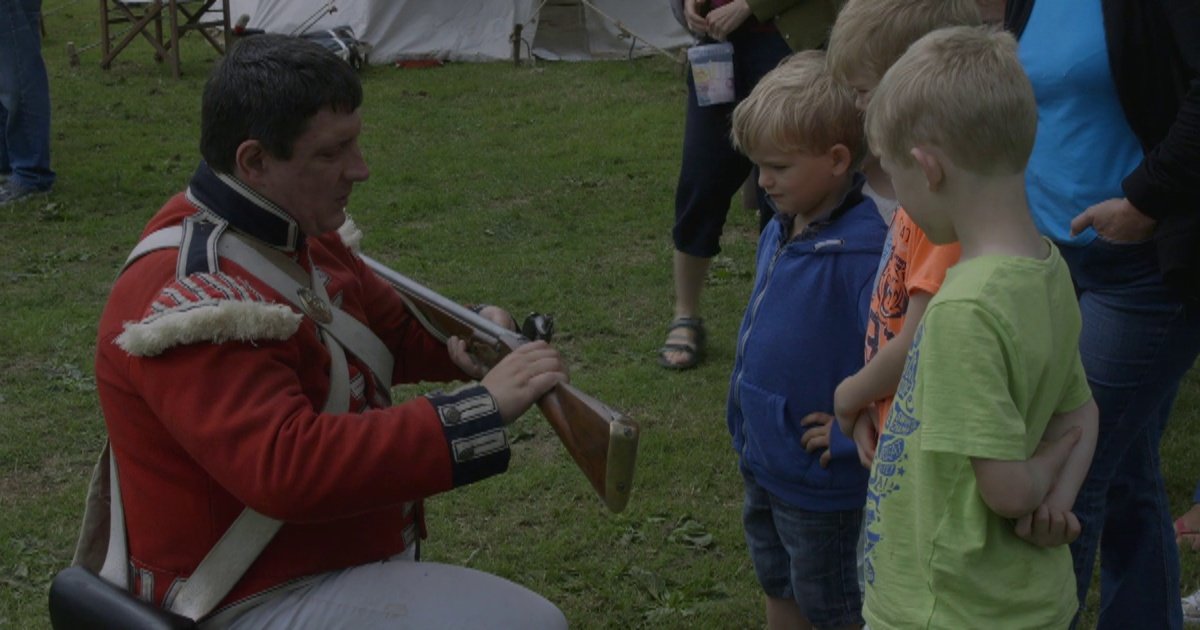 It isn’t often that I see a film that angers and educates me in equal measure.  War School: The Battle for Britain’s Children is a new documentary exploring the growing peace movement in the UK, and the militarisation of British schools for propaganda and recruitment purposes.  It highlights the widespread outreach and PR events run by the Ministry of Defence, and how sympathy and respect for veterans is systematically channeled into support for Britain’s military-industrial complex.

Much of the film is cinéma vérité, weaving handheld footage of Remembrance Day rituals and Armed Forces Day events with footage of just some of the wars Britain has prosecuted in recent years.  This is punctuated by interviews with Quakers, representatives from Forces Watch and Veterans for Peace, including many from veterans of the Britsh armed forces, talking about their experiences.  War School is genuinely eye-opening, and extremely touching, as we see grown men explain the brutal realities of their training and military service, intercut with images of children playing on military vehicles in innocent, rural settings.

As Colonel David Allfrey, head of British Army recruitment, put it in 2007:

Our new model is about raising awareness, and that takes a ten-year span. It starts with a seven-year-old boy seeing a parachutist at an air show and thinking, “That looks great” From then the army is trying to build interest by drip, drip, drip.

This propaganda effort aimed at young people is particularly disturbing, as they lack the emotional fortitude, self-confidence and critical skills that enable adults to recognise when they’re being manipulated.  As highlighted by Forces Watch, the MOD’s 2011 Youth Engagement Review explained:

Activities in schools ‘should have two clear Defence outcomes: An awareness of the Armed Forces’ role in the world and the quality of its work and people, in order to ensure the continued support of the population; and recruitment of the young men and women that are key to future sustainment and success’.

The cynicism inherent in such a strategy is in stark contrast to the public face of British militarism – wearing a red poppy, and remaning silent and respectful in the face of authority.  As Ben Griffin (formerly of the Parachute Regiment and the SAS) puts it in War School:

War School also presents many stories of the ugly consequences of war, both for the people whose countries are being bombed and invaded, but also for those employed by the MOD to fight these wars on the ground.  From systematic bullying throughout training, to PTSD and other serious mental illnesses, this documentary does not shy away from the truth.  You will not see a more informative or emotive documentary this year.

To find out more about War School: The Battle for Britain’s Children and to arrange a screening, please visit the film’s website.